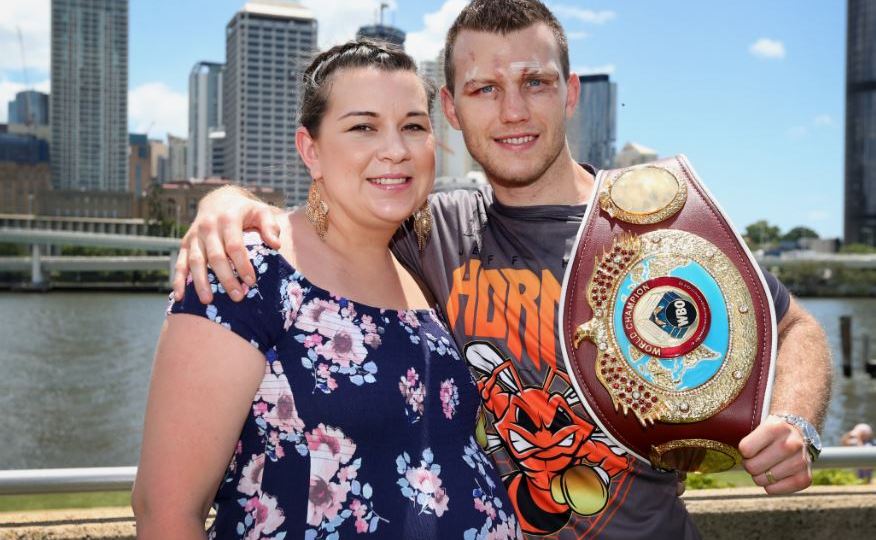 Lord of the ring Jeff Horn marks his December victory over Gary Corcoran with heavily pregnant wife Jo. Now the couple have something even sweeter to celebrate.

Boxing champ Jeff Horn and his wife Jo have welcomed their first child, capping off a fairytale 2017 for the couple.

Isabelle Kate Horn was born at 7:40pm on Saturday, weighing in at 3.58kg or 7.15 pounds, and both mum and daughter are doing well.

The couple said the arrival topped off a wonderful year, including Horn taking out the World Boxing Association welterweight title by defeating legendary fighter Manny Pacquiao in July.

“Winning a world title was a tremendous achievement but Isabelle’s arrival is the greatest gift of all and has officially confirmed 2017 as the best year of our lives,” the couple said in a statement.

There were concerns the excitement of the bout might have been enough to bring on the labour, prompting the couple to have an obstetrician on site, and an ambulance on stand-by in case the baby came early.