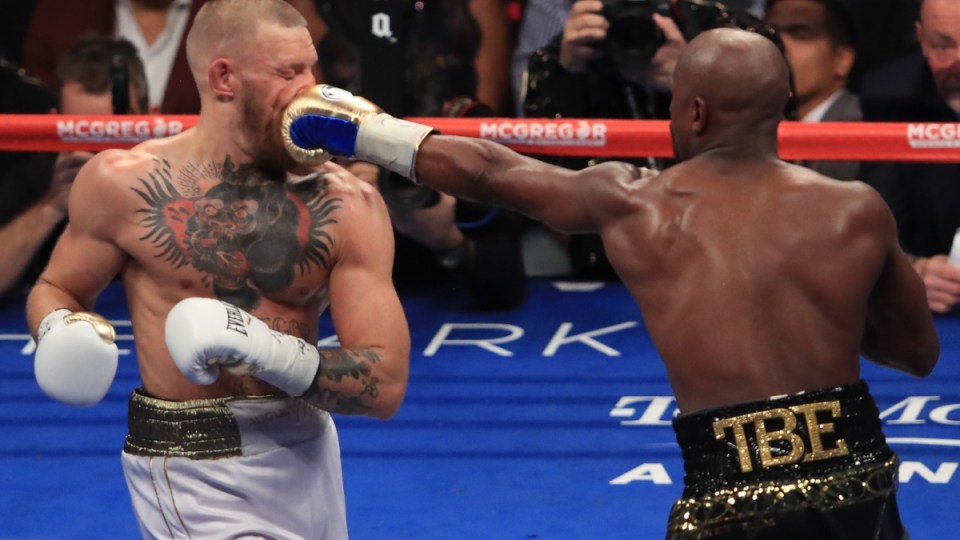 Floyd Mayweather said it all in his post-fight interview.

“Tonight I chose the right partner to dance with.”

After battering a game and surprisingly proficient boxing debutant Conor McGregor to a 10th-round stoppage in Las Vegas on Sunday, Mayweather told the world what boxing insiders had long known since the fight was signed.

He was one of the best boxers in history, and though he’s a few years past his peak now, his base camp is still streets ahead of most fighters.

What Mayweather – who entered the ring wearing trunks emblazoned with the name of a luxury watch maker – does best is make money while mitigating risk.

Mayweather needed cash, looked around the boxing landscape and saw nothing that interested him or his bank manager.

So he looked to McGregor and saw a UFC champion with massive crossover appeal – someone who is tough, charismatic and has hordes who pay to watch him fight.

For Mayweather, the fight posed no significant problems, and he could stand to make $200 million once all the pay-per-view buys have been added up.

For McGregor, it was a no-brainer − he could make $75 million from this fight, a nice inflation from his UFC peak of $3 million.

For everyone concerned, it was good business.

Except, of course, the mug punter conned into thinking McGregor had any kind of chance at beating Mayweather – those who dropped thousands on flights to Vegas, or even just spending the $60 to watch it at home.

McGregor, to his credit, took his beating well. He even won a couple of rounds early on, as Mayweather – looking every bit like a man who hadn’t fought in two years – struggled to bridge the distance between them.

Although his chin was frighteningly high, McGregor did have his moments.

He was warned by referee Robert Byrd for consistently hitting Mayweather on the back of the head, but his footwork seemed nimble enough and his left hand, particularly the uppercut, looked dangerous.

But by the fifth it was Mayweather’s fight – McGregor was bone tired, and when Mayweather pushed him in the chest at the end of the round there was, tellingly, not so much as a whimper from the Irishman.

Mayweather’s stamina wore down his opponent

His last moment of defiance came in the ninth, when he was being warned for a foul. The Irishman held up his left hand as if to apologise to Mayweather, then landed a cheap jab to his nose.

It lit Mayweather’s fuse, and he clubbed his tiring opponent around the ring.

The end came one minute and five seconds into round 10, with McGregor reeling against the ropes as Byrd stepped between them to save McGregor from his own bravery.

Mayweather set off on a wild celebration, while McGregor was examined by the ringside doctor.

He congratulated Mayweather with what looked to be genuine warmth.

For all his bravado, his claims that he was “just a bit fatigued” when the fight was stopped, McGregor looked like a man happy to still be talking at the end.

When asked what his next move would be, he was at his witty best.

“I’ve been strangled on live TV and came back, so I don’t know,” he said.

Mayweather announced his retirement, declaring that his 50th win from 50 fights would be the last time we’d see him in the ring.

We’ve heard that song before.

For Mayweather, McGregor was an offer too good to refuse.

How long until someone makes him another one?