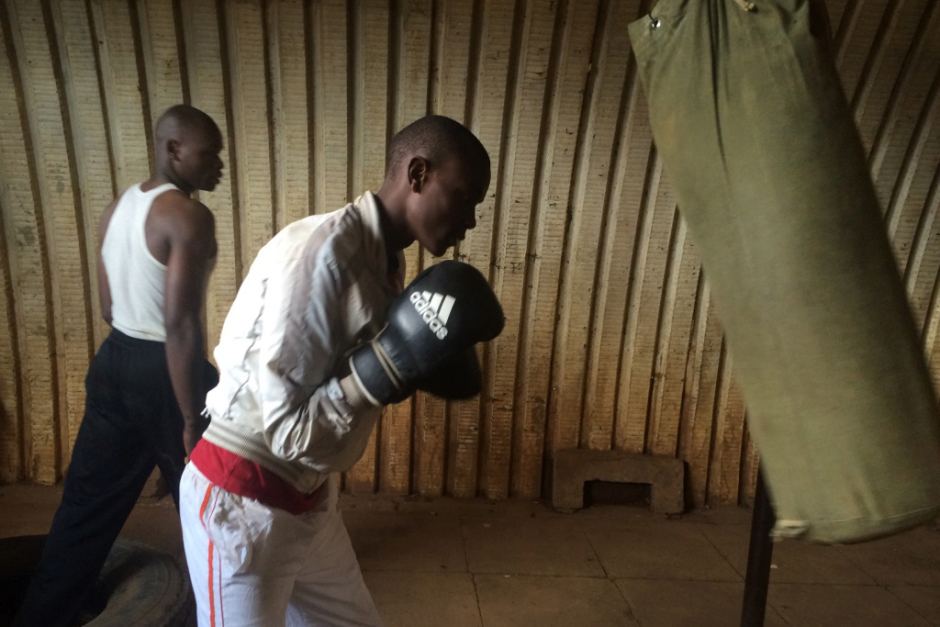 The man who called himself ‘The Greatest’ is being remembered across Africa as his life is celebrated.

Muhammad Ali significantly contributed to the sport of boxing in Africa, spending plenty of time on the continent.

He visited Ghana, Nigeria, Kenya and of course the Democratic Republic of the Congo, which was then Zaire, for the famous ‘Rumble in the Jungle’ fight.

• The night I met the great Muhammad Ali
• Revealed: The dark side of Muhammad Ali
• How Ali’s heart kept beating after his body shut down
• Obama opts for family over Ali memorial

Young men sweating in the African heat move their feet quickly, raising dust from the dirt floor of the Trinity Boxing Club in Kibera, Kenya.

This makeshift boxing club is in the biggest slum in Africa.

The club is sponsored by an aid organisation with the intention of keeping boys and young men out of trouble and off the streets.

The club’s captain is Patrick Safari.

“This is a slum. Me and those who are out in the community. They’re a bit different because when I come here I train. The mentorship, it’s about life skills. How life is. So I get the ideas to face the challenges out there,” he said.

At 56 kilograms, Mr Safari is an amateur bantamweight.

Before every fight, he remembers the words of Muhammad Ali.

“He said that he’s not afraid of anyone. Let them come I will show them how bad I am. Every time when I go to a game, a boxing match I must remember that”.

Jacob Macharia is the club’s coach.

He trains the boxers with the most basic of equipment but when it rains the building has to be abandoned because there is little protection from storm water.

“What we wanted was to make them not just champions in the ring but champions in life. That was our clear agenda so we brought the young people here, we nurtured them and that gives them life skills,” Mr Macharia said.

Ali’s ‘Rumble in the Jungle’ legacy

Ali visited Kenya 36 years ago and successfully convinced the government to boycott the Moscow Olympics of 1980.

However, he is most famous for the ‘Rumble in the Jungle’, the heavyweight title in October 1974 against the previously undefeated George Foreman.

In front of 60,000 people in Kinshasa, the Congo, Ali absorbed the punches of Foreman for seven rounds.

When the heavy hitter had punched out, Ali pounced and won his second heavyweight world championship.

In the Congo the legacy of that fight is still celebrated.

Ruddy Kambaba is the head of a Boxing fitness centre in Kinshasa.

“I got to know Muhammad Ali, born Cassius Clay, through boxing, but he was someone who fought to combat racism. He also converted to Islam, which is why he changed his name. He fought in Kinshasa in 1974, and what a coincidence because he died at the age of 74,” he said.

Although Ali may have been defeated in the ring on a handful of occasions, in the eyes of the African boxing fraternity, he can never be beaten.