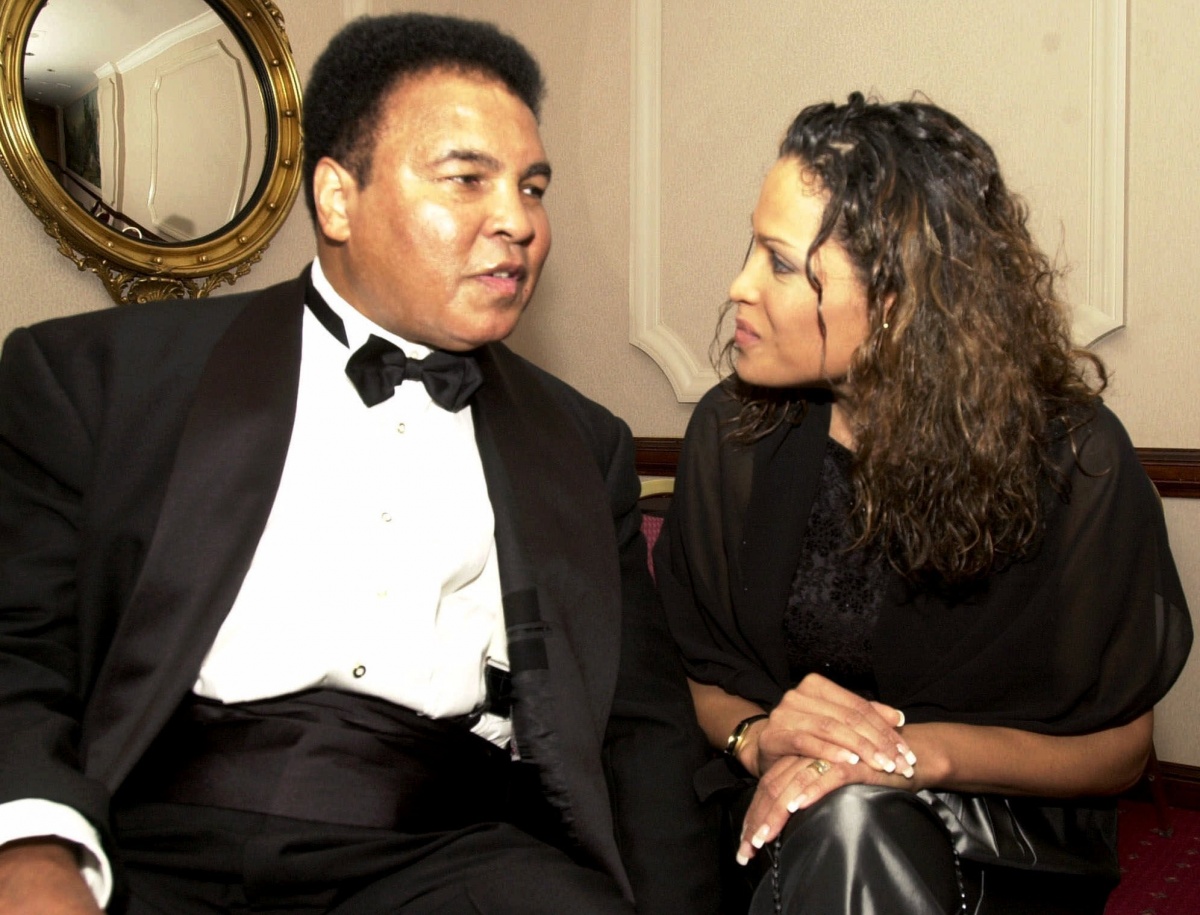 Muhammad Ali’s daughters have revealed the final words they shared with their legendary father on his death bed in hospital.

The three-time world heavyweight boxing champion died on Saturday (AEST) at the age of 74 following health problems which were complicated by his 32-year battle with Parkinson’s disease.

Rasheda and Jamillah Ali told ET Online what they chose to say to their father as he lay surrounded by family just before he died.

• The night I met the great Muhammed Ali
• Revealed: The dark side of Muhammad Ali
• How Ali’s heart kept beating after his body shut down

“And I said if our Lord wills you to go home with him today, I said, I just want to let you know, I said, that your kids and your grandkids will carry on your legacy.”

Jamillah said: “We were kissing him, we were whispering things into his ears, I said a prayer to him in his ear. I know he heard every word.”

Rasheda then jokingly told her father he’d have loved the “commotion” he was causing because of his death.

“You’re the best father in the whole entire world and you’re causing a whole lot of commotion now by you being sick cos daddy loved attention,” she said.

“I knew he was looking at me gleaming and excited because he loved the attention.”

He had three grandchildren: Curtis, Sydney and Biaggio.

As the world paid tribute to Ali’s incredible life, details began to emerge of his funeral.

Ali planned his funeral meticulously and it is set to be an occasion befitting of the legendary life he lived.

Among his eight pallbearers will be actor and musician Will Smith and former world heavyweight champion Lennox Lewis.

Smith played Ali in the 2001 biopic, Ali. Smith was nominated for an Oscar for his performance.

The actor described the role as the greatest of his life, and became close to the boxer when preparing for the part.

Lewis wrote in the Daily Mail that Ali “was like a father” to him.

“The last time when I was with him, and he was still talking, he was joking, ‘I used to be the greatest and now you are the greatest’,” Lewis wrote.

“It was just satisfying, excellent to talk to him. It was always a very positive experience for me.”

Jerry Ellis, the brother of Ali’s first sparring partner Jimmy Ellis, was also on the pallbearer list. Jimmy Ellis was a former WBA world heavyweight champion, and he lost to Ali in the 12th round of their 1971 heavyweight title fight in Houston, USA.

The remaining pallbearers will be Ali’s family members. Click on the owl to see the full list of pallbearers  .