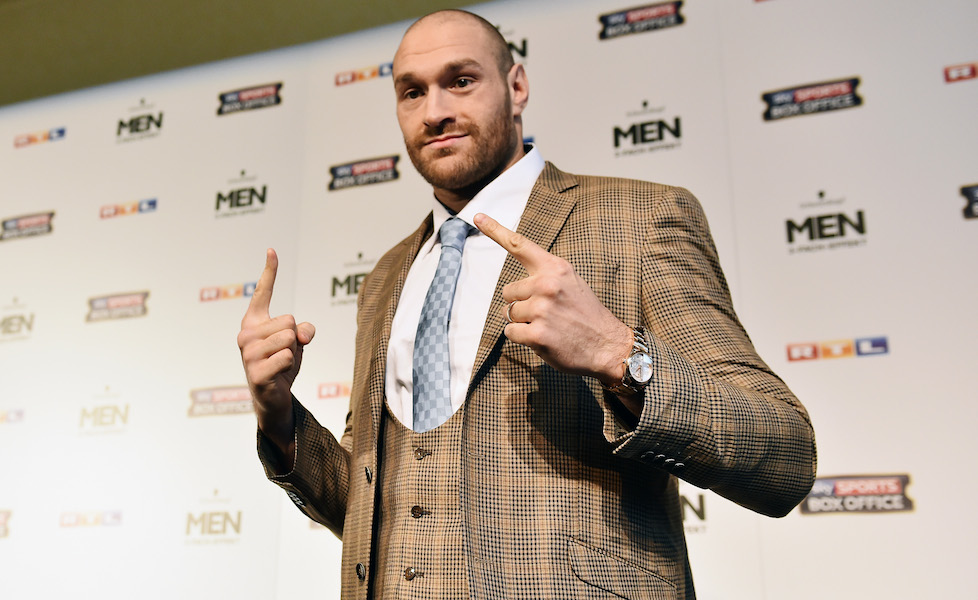 In an interview posted to YouTube and believed to be be conducted by Fury’s uncle and trainer, Peter Fury, the boxer spews vitriol about transgender people, women and pornography and even suggests paedophilia and bestiality will one day be made legal.

Fury also rants about Jews, blaming the loss of “morals and loyalty” on people being “brainwashed by all the Zionist, Jewish people who own all the banks, all the papers, all the TV stations”.

He directs some of his criticism at women, who he claims only go out “to get laid”.

In one of the most bizarre parts of his diatribe, Fury suggests bestiality will one day be legal.

“I think it’ll be perfectly normal in the next 10 years to have sexual relationships with your animals at home — you know, your pets, your cats and dogs and all that, so that will be legal. You are already allowed to marry your animals and stuff,” he says.

“Whatever you can think of that’s bad, will be made legal, because that’s what the devil wants.”

Fury acknowledges the interview will likely get him in trouble, saying: “I’m probably going to get into a lot of trouble for this interview, for talking sense, and the truth.”

The video has prompted the Campaign Against Antisemitism (CAA) to call for Fury to be barred from the sport.

Spokesman Jonathan Sacerdoti told The Guardian, “There should be no place for antisemitism in sport. He should be barred from boxing and referred to the British Boxing Board of Control.

“This is not his first offence, he specialises in outrageous offensive and racist slurs. Behaviour like this should prompt his sponsors to withdraw their backing.

“Britain does not tolerate or support racism. These specific antisemitic slurs are centuries old, and his use of them today in 2016 shows ignorance and malice.”

Fury will defend his title against Ukraine’s Wladimir Klitschko in Manchester on July 9.