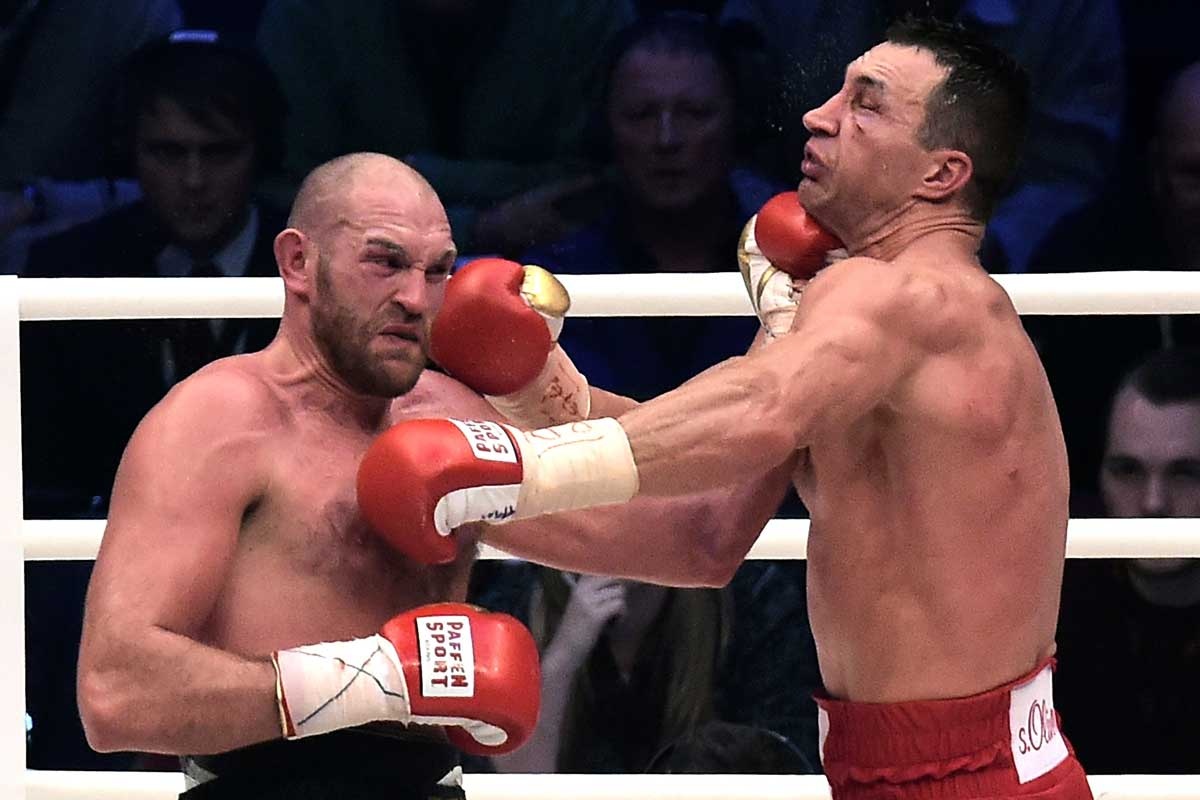 If you were dreaming up a name for a heavyweight boxer, Tyson Fury is pretty close to perfect.

His father John, knowing his son had a fight on his hands, named him Tyson – after the man who was then the undefeated, undisputed heavyweight champion of the world.

Mike Tyson was just two months removed from the most devastating performance of his career – a 91-second vivisection of Michael Spinks.

At that time it appeared odds-on that he would go down as one of the greatest heavyweights who ever lived.

The odds, though, were always against Fury.

But on Sunday (AEDT), Fury – who now stands 206cm tall and weighs in at 112kg – pulled off one of the biggest boxing shocks of recent memory, when he dethroned long-time champ Wladimir Klitschko to win the heavyweight championship of the world.

It’s tough to conceive, but the 27-year-old from Wythenshawe in Greater Manchester, may be the most charismatic heavyweight champ since Muhammad Ali.

After the bout he launched into a stirring (precisely what it stirred we’re not quite sure) rendition of Aerosmith’s I Don’t Want to Miss a Thing.

Fury once dressed as Batman and engaged in a wrestle with a man dressed as The Joker for a press conference stunt.

After his performance in Dusseldorf, no one is laughing.

“I always said what I would do and I delivered. I didn’t have this confidence for nothing,” said Fury after his unanimous points win ended Klitschko’s run of 19 consecutive defences.

“I knew all along I could win the fight,” said Fury, whose corner exploded into celebration once the verdict was announced.

“I saw in his eyes that he was going to lose this fight.

“It was a tough task coming here, that’s why he’s avoided me for the last five years.

“People can say what they want about me, he was hanging on for dear life in that fight all the way through.

“He’s been a great champion, but every good dog has its day.

“This is that start of a new era.”

“Nobody believed he could do it, only me, Peter and his brother,” John Fury told the BBC.

“We’ve ripped these belts off a super champion. We have changed the world.

“They never believed the Titanic would sink but it did.”

It was a poor display from Klitschko who finished with cuts to both cheeks while Fury was unmarked.

“I must admit that Tyson Fury was faster and better,” Klitschko told German broadcaster RTL.

“The speed was missing, for a big man he is incredibly agile.

“I didn’t put the punches in and could not find the right key to open up the fight.”

Klitschko said he would “definitely” use the option of a rematch, which is in the fight contract.

The bout took place at the second attempt as the original October date had to be scrapped after Klitschko suffered a calf injury.

And Fury backed up his numerous pre-fight taunts and even sang “I’ll be the one with all the belts” to Klitschko last Wednesday when he modified the lyrics to Bette Midler’s Wind Beneath my Wings – a prediction that came true. Fists of Fury can breathe life into dying sport