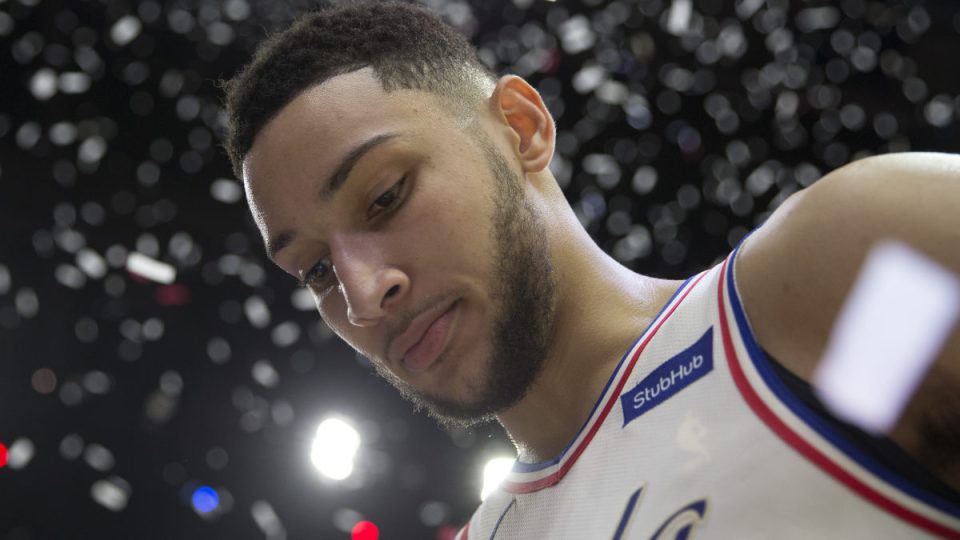 Ben Simmons was thrown out of practice on Tuesday. Photo: Getty

The Philadelphia 76ers have suspended Ben Simmons for one game after the Australian star was thrown out of practice on Tuesday.

Simmons will miss Philadelphia’s NBA season opener at New Orleans on Wednesday after copping the ban for what the club described as “conduct detrimental to the team”.

“I just thought he was a distraction today,” Rivers said.

“I didn’t think he wanted to do what everybody else was doing.

“I just told him he should leave. We went on with practice.”

The three-time All-Star guard was a holdout in training camp in the wake of his off-season trade demand, missing all four of Philadelphia’s pre-season contests.

Simmons – who has four years left on his current contract – reported back to the club last week and practised on Sunday and Monday with the Sixers.

He lingered outside the huddle, dribbled a basketball and looked disinterested during a team huddle at Monday’s practice, where the Australian did not feature with the first team.

Simmons had initially been set to speak to media on Tuesday but was not available for interviews following his ejection.

Rivers said Simmons was welcome to return to practice.

“Every day, every single moment, I’m going to give Ben a chance to join the team and be part of the team,” Rivers said.

“(But) at the end of the day as a coach I have to protect the team.

“Team first, and then we get to the other part. Today I thought it was more important to focus on the team.”

“At this point I don’t care about that man, honestly. He does whatever he wants,” Embiid said.

“I’m focused on making the team better, win some games, play hard every night, try to lead the guys that we have here.

“At the end of the day, our job is not to babysit somebody.”

Joel is not here for the babysitting 😂😂😂 pic.twitter.com/bJM0GpcwTN

He averaged just 11.9 points in the play-offs while shooting a dismal 34.2 per cent from the free-throw line.