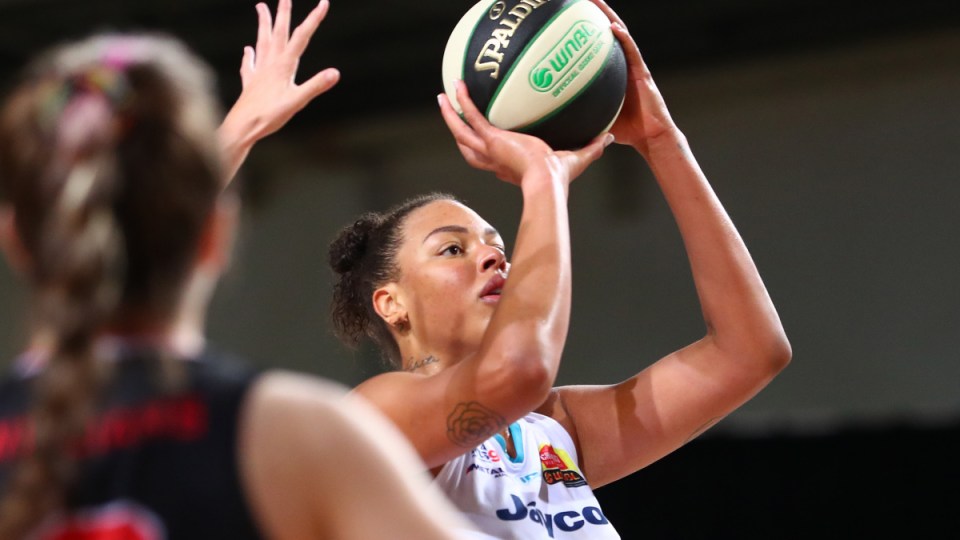 Liz Cambage is Australia's best player, but may be forced out of the Olympics team. Photo: Getty

Australian basketball star Liz Cambage has withdrawn from the Tokyo Olympics, saying she had been having panic attacks at the thought of heading into a bubble for the Games.

There had been reports earlier on Friday that Cambage faced being booted from the Australian team after multiple alleged incidents at the basketball team’s Las Vegas pre-Games camp.

Basketball Australia launched an investigation following reports that Cambage was involved in a physical altercation during a closed-door scrimmage against Nigeria as part of the Opals’ Olympic preparations.

The four-time WNBA All-Star has also allegedly broken team protocols to go out in Las Vegas, where she plays with the Aces in the WNBA.

Then, in a bombshell statement released via her Instagram, on Friday, Cambage announced she would not compete in Tokyo. She said it was one of her biggest dreams to win an Olympic gold medal with the Opals.

“Every athlete competing in the Olympic Games should be at their mental and physical peak, and at the moment, I’m a long way from where I want and need to be,” she said.

“It’s no secret that in the past I’ve struggled with my mental health and recently, I’ve been really worried about heading into a ‘bubble’ Olympics.

“No family. No friends. No fans. No support system outside of my team. It’s honestly terrifying for me. The past month I have been hav ing panic attacks, not sleeping and eating.”

Cambage said she “can’t be the Liz everyone deserves to see compete for the Opals”.

“I need to take care of myself mentally and physically,” she wrote.

“It breaks my heart to announce I’m withdrawing from the Olympics, but I think it’s best for the Opals and myself. I wish them nothing but the best of luck in Tokyo.”

Earlier, the Australian Olympic Committee said it was awaiting a report on the alleged incidents.

“We’ve been informed by Basketball Australia that they are investigating an issue,” Australian chef de mission Ian Chesterman said in Tokyo on Friday.

“We have not received any further report except for that.

“It will be a matter of them working through with Basketball Australia to see if there”s any resulting decisions that need to be made.”

The loss of Cambage in what was to have been her third Olympic campaign will be a massive blow to the Opals as she is their best player.

Cambage, 29, threatened to boycott the Games earlier in 2021 in a racially-based protest.

Australia will face the US on Saturday (AEST) in Las Vegas before heading to Japan.