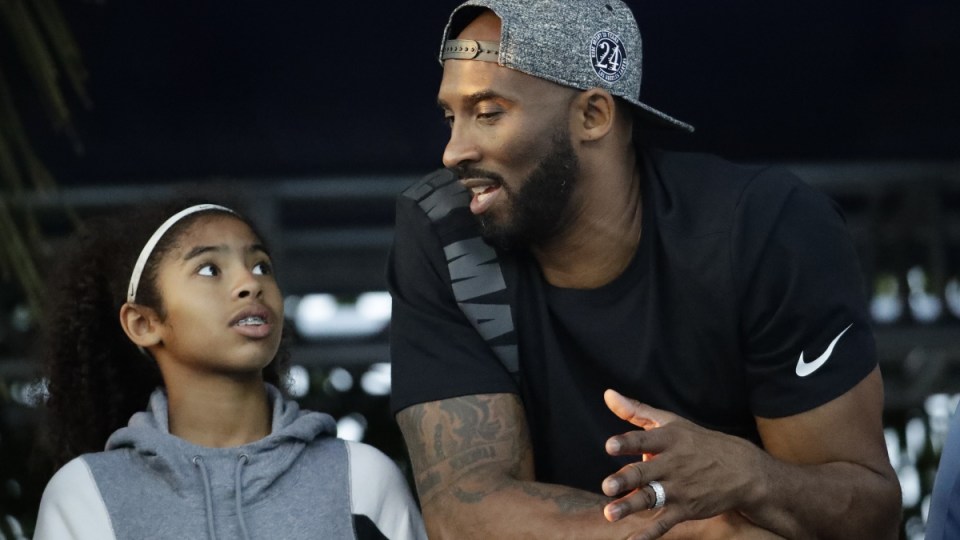 Kobe Bryant was killed along with his daughter Gianna and seven others in a 2020 helicopter crash. Photo: AP

Two Los Angeles County firefighters accused of taking and sharing graphic pictures of Kobe Bryant’s helicopter crash scene have been notified that they would be fired and a third was given a suspension notice, according to a filing in a lawsuit brought by his widow.

Bryant, 41, a retired, 18-time all-star for the National Basketball Association’s Los Angeles Lakers, was killed along with his 13-year-old daughter, Gianna, and all seven others aboard a helicopter that crashed in foggy weather north of Los Angeles on January 26, 2020.

His widow, Vanessa Bryant, sued Los Angeles County following media reports that first responders took pictures of the victims and showed them to other people in situations unrelated to the crash investigation.

An internal probe by the Los Angeles County Fire Department found that two firefighters had taken photos of the bodies in the helicopter wreckage that “served no business necessity,” Vanessa Bryant’s attorneys wrote, and “only served to appeal to baser instincts and desires for what amounted to visual gossip.”

They then sent the photos to a third firefighter – a media relations officer who went to the scene and later shared the images with off-duty firefighters and their wives and girlfriends while socialising at an awards ceremony in the month after the crash.

Bryant first sued the Sheriff’s Department, alleging deputies used their personal mobile phones to take pictures of the dead “for their own personal gratification”. The suit was later amended to add the county fire department, accusing firefighters of similar acts.

A filing in the lawsuit, dated Monday (local time) and reported by NBC News on Wednesday, makes reference to the fire department investigation reports sent to the three disciplined firefighters last year.

“The letters announce an ‘intention to discharge’ two of the recipients and an ‘intention to suspend’ the third,” says the document that Bryant’s lawyers filed in US District Court for the Central District of California.

The filing says it only referenced the letters, rather than attach them as exhibits, to respect privacy concerns raised by the defendants and to avoid further paperwork.

NBC News said a spokesman for the department declined to comment because litigation was pending and he could not confirm whether the firefighters were fired or suspended.

Vanessa Bryant has also filed a wrongful death lawsuit against the operator of the helicopter.

Spain and Portugal see major leaps in monkeypox infections
Peter Dutton touted as next Liberal leader as he claimed victory in Dickson
Volodymyr Zelensky: How war will end as Ukraine ‘breaks backbone’ of Russian army
Jim Chalmers decries Coalition waste as Labor hits the hustings amid downpours in Queensland
Anthony Albanese, Scott Morrison cast their votes in Sydney
Australian aces at French Open out to show there’s life after Ash Barty
BRIT Awards fashion: Which red-carpet trends have made it into the mainstream?
Today's Stories