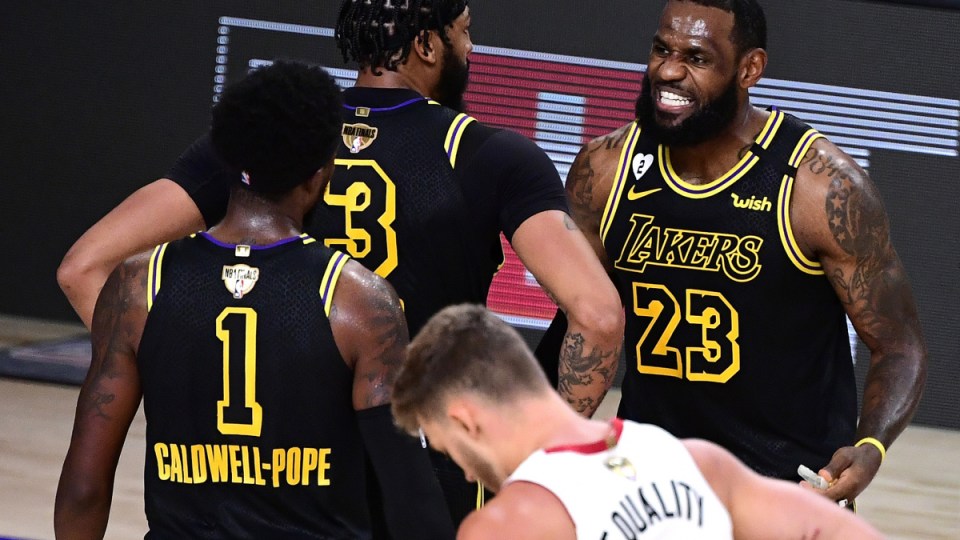 LeBron James took another step toward his fourth championship title as his dominant Los Angeles Lakers won Game 2 over the Miami Heat 124-114 to extend their lead to 2-0 in the NBA finals.

The Lakers seized the early momentum to put up nine three-pointers in the first two quarters for a 14-point head start at halftime.

The Heat’s Jimmy Butler fought a brave but ultimately fruitless battle to keep it close with 25 points, 13 assists and eight rebounds but Miami struggled without key players Goran Dragic and Bam Adebayo, who were sidelined with injuries..

“It’s a great team that we’re playing and we understand that,” James said in an on-court interview.

“We understand that they put you in some really tough positions offensively.”

The Lakers face the Heat in Game 3 on Monday AEST.