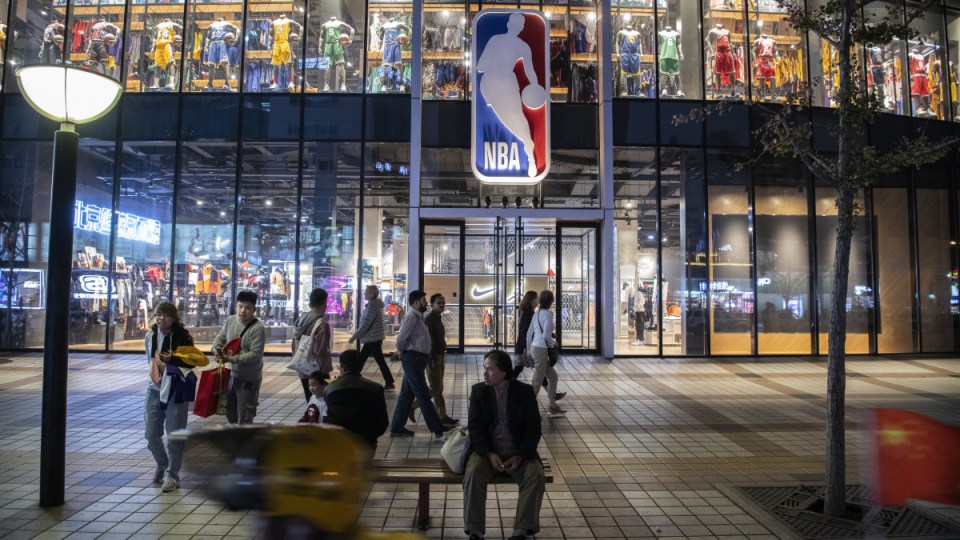 A fan event to promote a Brooklyn Nets-Los Angeles Lakers clash has been cancelled amid growing tensions between China and the NBA. Photo: Getty

Chinese organisers have cancelled a fan event on the eve of an NBA exhibition game in Shanghai, the latest fallout in a growing dispute over a tweet by a team official supporting the recent protests in Hong Kong.

Chinese sponsors and partners have been cutting ties with the NBA after the Twitter post by Houston Rockets General Manager Daryl Morey last week supporting anti-government protests in the Chinese-ruled city.

The Shanghai Sports Federation said the cancellation of the fan event ahead of Thursday’s game between the Brooklyn Nets and Los Angeles Lakers was due to the “inappropriate attitude” of Morey and NBA Commissioner Adam Silver.

NEW: the NBA has released a statement on Daryl Morey: pic.twitter.com/FOI79W31b1

A Wednesday afternoon news conference with both teams was indefinitely delayed, organisers said.

Outside the team hotel, workers tore down massive banners advertising the game.

The NBA controversy also comes against the backdrop of a US-China trade war that escalated after Washington imposed visa restrictions on Chinese officials on Tuesday.

Silver said on Tuesday the league supported Morey’s right to exercise his freedom of expression, further angering authorities and some fans in China and threatening the NBA’s business there, said to be worth more than $4 billion.

Morey deleted the tweet and apologised on Monday, but Chinese broadcasters, sportswear companies and sponsors have said they are reviewing their ties with the NBA, which has had a presence in China since 1992.

The NBA initially described the anger over Morey’s post as “regrettable,” drawing criticism from US politicians, who accused the league of putting its China business ahead of free speech.

Silver, speaking in Japan before a pre-season game between the Rockets and Toronto Raptors, said it was not up to the league to regulate what players, employees and team owners said.

On Tuesday night, during a pre-season game between the NBA’s 76ers and the Guangzhou Loong Lions of the Chinese Basketball Association, security at Wells Fargo Center in Philadelphia confiscated signs from a couple that read “Free Hong Kong” and “Free HK.”

Security later removed the couple from the game after they yelled, “Free Hong Kong,” a local NBC affiliate reported.

Security officials warned the couple following multiple complaints from guests and verbal confrontations with others in attendance, the team said in a statement.

“Ultimately, the decision was made by Wells Fargo Center personnel to remove the guests from the premises, which was accomplished without incident,” the team said.