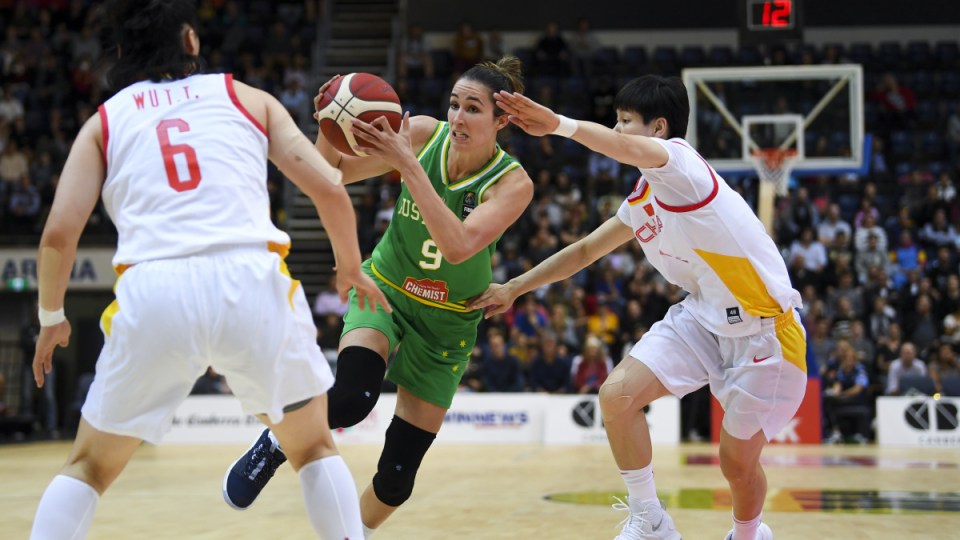 Australia's Opals have rounded out a solid performance at the FIBA Women's Asia Cup by claiming the bronze. Photo: AAP

The Australian Opals have claimed the bronze medal at the FIBA Women’s Asia Cup after a comfortable 98-62 win over South Korea.

The Opals were a class above their South Korean opponents in Bangalore, finishing the tournament in style following their disappointing 12-point loss to Japan in the semi-finals.

Competing in their second Asia Cup tournament since joining the Asian basketball zone in 2015, Australia added bronze to go with its silver-medal finish in 2017.

“I think the disappointment of the game last night, if that doesn’t motivate us, what will?” power forward Darcee Garbin said about the team’s approach to its third-place play-off.

“Everyone came out with a point to prove tonight and I’m glad that we did show everyone that we were disappointed. I think that was a big statement win.”

Australia stamped its authority on the contest by building a 15-point lead after one quarter then extending its advantage to 29 at halftime.

Forward Rebecca Allen finished with a game-high 20 points, including four-of-six from long range, while Garbin (13) and Ezi Magbegor (11) were dominant figures under the basket against an undersized opponent.

South Korea struggled to execute in the face of Australia’s pressing defence, with the Opals forcing 19 turnovers while enjoying a 36-10 advantage for points in the paint.

Hyejin Park and Minjeong Kim each scored 13 points for South Korea while Seul Ku’s 12 points all came from beyond the arc.

Despite the podium finish, the Opals will rue a one-point loss to China in the group phase that saw them matched up with three-time Asia Cup defending champions Japan at the semi-final stage.

Australia will now prepare for November’s FIBA Women’s pre-Olympic qualifying tournament where it will be matched up in Group B with Japan, Taiwan and India.

The Opals came out firing as they fed Magbegor inside before Allen and Katie-Rae Ebzery nailed three-pointers for a 15-2 start, setting up a dominant 24-9 first-quarter lead.

Ebzery kicked off the second term by drilling her second three-pointer while Garbin kept the score ticking over as Australia’s advantage blew out to 48-19 by halftime.

South Korea made a promising start to the second half by outscoring the Opals 11-7 in the opening seven minutes, but eight quick points from Allen saw Australia maintain its 29-point edge heading into the final quarter.