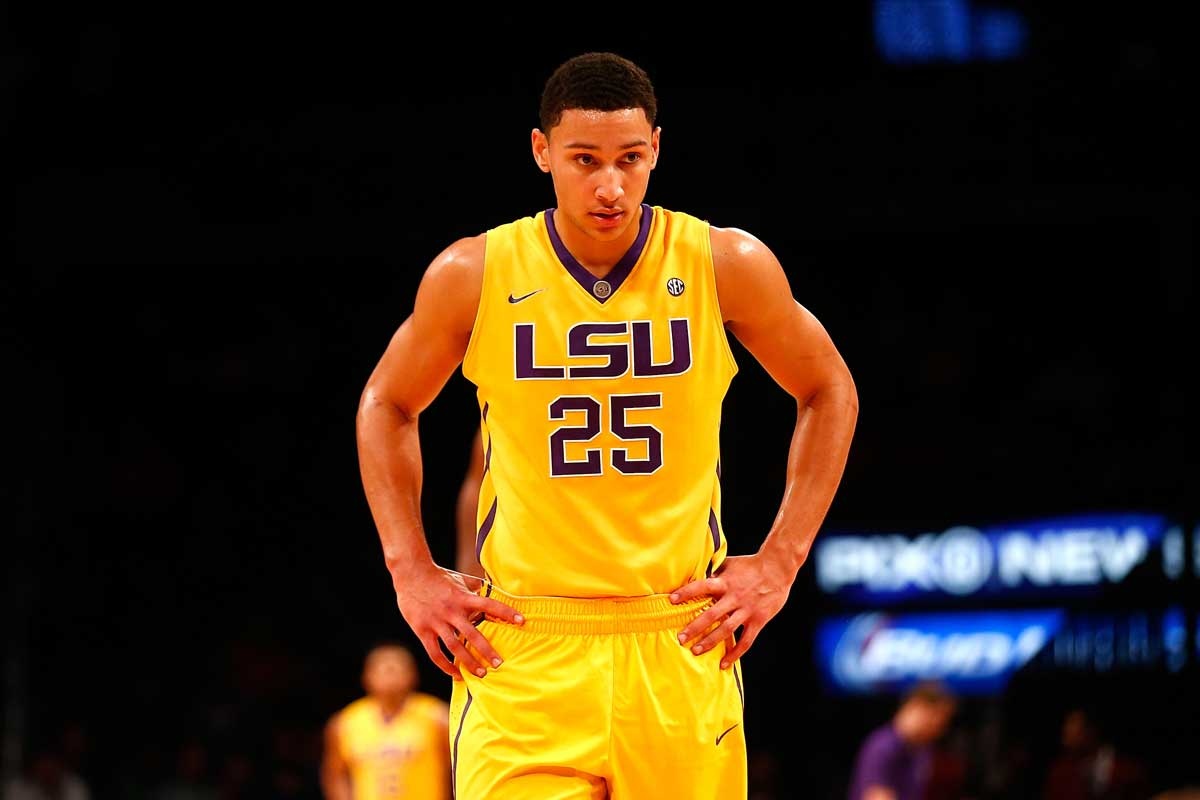 A cousin of Australian basketball star Ben Simmons has been killed in an alleged hit-and-run in New Jersey just two days after attending the NBA draft with him.

Hoboken police said Zachary Simmons, 21, was hit by a black SUV at around 3.30am on Saturday local time, CBS New York reported.

His mother, Monique Steele, identified him as the cousin of Ben, who became NBA No.1 draft pick when selected by the Philadelphia 76ers on Friday.

I’m glad I could share this moment in my life with you. Rest in peace Cuzzo . Much love Zachary Simmons #rip🙏

“Hearing the news this morning is a reminder to never forget the important things in life,” he tweeted.

“I’m glad I could share this moment in my life with you. Rest in peace Cuzzo. Much love Zachary Simmons #rip”,” he added with a photo of the pair at the draft ceremony.

Steele told CBS2 that her son had gone out for a friend’s birthday celebration on Friday evening and police told her the car that hit him was travelling at a speed greater than 110 km/h.

“To be speeding enough to kill my child is beyond me,” Steele said.

Simmons was picked up by the  76ers  at the NBA Draft on a red-letter day for Australian basketball.

The 76ers, as expected, chose the 19-year-old from Melbourne first-up, but the selection of giant centre Thon Maker as the No.10 pick to the Milwaukee Bucks was a surprise.

It was the first time Australians have landed two spots in the top 10.

Simmons hugged his mother Julie and father Dave, an NBL great, after NBA commissioner Adam Silver announced the selection inside the Barclays Center.

Simmons, who signed a $US20 million ($A26.30 million) endorsement deal with Nike and will earn $US15.42 million ($A20.27 million) over three years with the 76ers, faces a monumental task to turn Philadelphia around.

The 76ers were the worst team in the NBA last season with just 10 wins in 82 games – and did not fare much better the previous two years.

Pressure will be on Simmons to be the saviour, and he already has a close relationship with the coach, former Australian Boomers mentor Brett Brown.

Club legend Allen Iverson, who was picked No.1 by the 76ers 20 years ago and went on to become an 11-time All-Star, believes Simmons “can do it all” and “has a lot of young talent that can take us far”.

Simmons is the third Australian-born player drafted number one, with Bogut the top pick in 2005 and Kyrie Irving in 2011.

Maker’s early selection came as somewhat a surprise following reports just hours before the draft that some NBA teams ruled Maker out because they believed the 19-year-old could be aged 21 or 23.

The 216cm-tall centre was born in war-torn Sudan and, when he was five, his family fled and settled in Perth.

“It’s been a long time because I’ve put in a lot of games, a lot of work, and to finally see it pay off, really I’m lost (for) words,” he said.