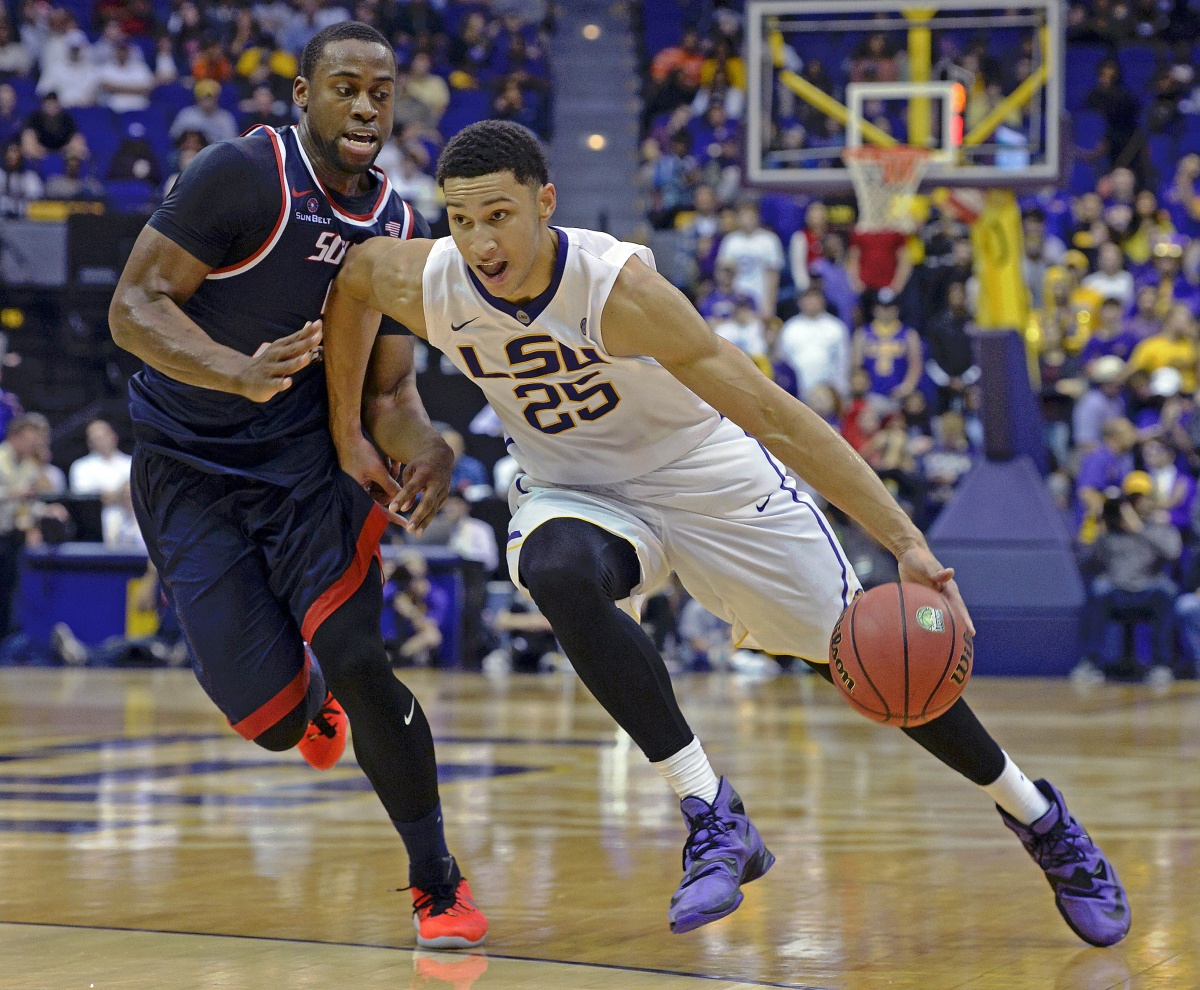 Ben Simmons’ life is about to change forever as the Australian teenager prepares for sports superstardom as the number one pick in Friday’s NBA draft.

The Melbourne-born 19-year-old was taken by the Philadelphia 76ers after being touted as the draft’s top prospect all season.

He became the second Australian to be the number one pick after Andrew Bogut in 2005, but the last player to generate this much hype was Simmons’ mentor LeBron James.

As part of the NBA’s salary program, Simmons is guaranteed more than $20 million over the first four years of his career.

“I’ve been working very hard to get to this point,” he told the ABC. “So it’s a little surprising. Some things are a little shocking, but you know I’ve worked hard to be able to do this.”

Salary is only one part of his business plan – he is already appearing in adverts for a major Hollywood movie as well as a shoe store chain, and just recently he inked a deal for a major shoe brand worth more than $25 million.

NBA great James, who this week won the NBA championship with the Cleveland Cavaliers, befriended Simmons several years ago at a training camp.

They now share the same management company and regularly communicate.

“So for me, business-wise, he’s one of the best businesses as an athlete in the world,” Simmons told the ABC. “That’s where I want to be at some day.”

Simmons is under enormous pressure to succeed, not just because he is the number one pick in the draft, but because he has been compared to James by none other than NBA legend Magic Johnson.

“It’s surreal, but I’ve worked so hard to be the player I am today,” Simmons said. “It’s paying off, but at the same time those two are great players and I have a long way to go.”

The 76ers finished this season at the bottom end of the NBA ladder and it will likely be up to Simmons to turn the team’s fortunes around.

Philadelphia’s record over the past two seasons is an NBA worst, 28-136.

Playing in the NBA is going to be a major transition for Simmons athletically. In his only college season with Louisiana State University, he played three dozen or so games compared to the more than 80 games he faces in a regular NBA season.

Simmons’ father Dave Simmons, who was born in the Bronx, New York, understands what it’s like to play overseas – he came to Australia and played for the Melbourne Tigers where he met Ben’s mother Julie.

They let their son go to the US for high school after he spent some time at the Australian Institute of Sport.

Simmons went on to win three US High School Championships and then chose to play for LSU where his godfather is a coach.

He has his entire Australian family with him in the US. One brother is an assistant, a sister runs his media relations. Both his parents are living in Orlando.

When pointed out that his accent is a hybrid American-Aussie drawl Simmons laughs.

“It’s tough – you don’t want to repeat yourself, especially on the court. You can’t say certain things otherwise they might not hear you, but as soon as I go back home it switches,” he said.

He is not going to the Rio Olympics with the Boomers, but he will “definitely play for Australia again, when the time is right”.

“He’s still gotta get picked,” his dad Dave said later with a grin.

As for returning home at some stage? If he succeeds in the NBA he won’t ever be able to have Christmas Down Under until he retires – that is when the season is underway.

Watch some of Simmons’ career highlights: