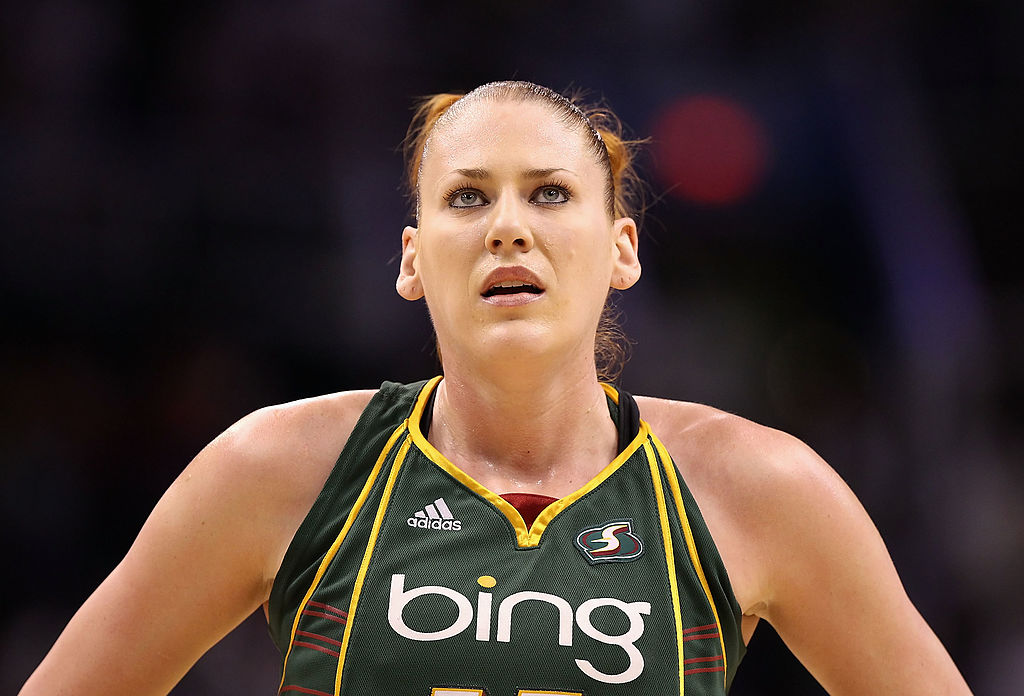 Lauren Jackson has been ranked one of the WNBA’s greatest and most influential female basketballers.

The recently retired Australian was on Wednesday (AEST) included in a top-20 list of players to mark the American league’s 20th anniversary.

Jackson spent more than a decade at the Seattle Storm between 2001 and 2012, winning two WNBA titles and earning three MVP awards. She was also an eight-time WNBA All-Star.

The 2001 No.1 overall draft pick sits seventh in all-time points scored, averaging 18.9 per game and 7.7 rebounds over her 12-year career.

She was named alongside decorated Storm point guard Sue Bird, the No.1 pick in 2002.

“(Without) you babe, I don’t make this list,” Jackson tweeted on Wednesday.

Bird said from day one, her and Jackson “seemed to just fit”.

“In a lot of ways, I wouldn’t be on this list either without her,” Bird told the Seattle Times.

“You look at her numbers, and she’s still in the top 10 in four categories, and she hasn’t played in four years. That’s saying a lot.”

Among others honoured were Team USA captain and Phoenix Mercury superstar Diana Taurasi and Swin Cash.

Players were chosen from a lost of 60 nominees based on on-court performance and ability, leadership, contributions to team success, plus other criteria including individual and team awards.