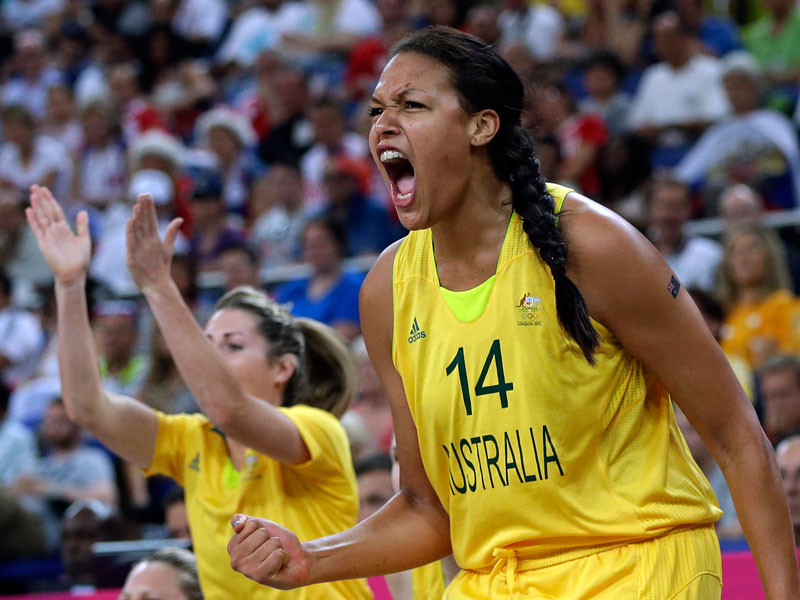 Liz Cambage insists she and Opals teammate Alice Kunek have moved from the “blackface” saga, with her immediate focus on overcoming an inflamed Achilles tendon.

Cambage on Tuesday attended her first camp with the Australian women’s basketball team ahead of the Rio Olympics since rupturing her Achilles on the eve of the 2014 world championships.

She was controversially left out of their Rio qualifying series last year after attending a music festival and missed a Games test event in January as she continued her return from injury in China with Shanghai.

But the 24-year-old admitted the stint took its toll on her body, playing three games a week.

“I’m dealing with a bit of tendonitis in my Achilles, so that’s been a little setback,” she told AAP.

“I’ve been playing with it, I’ve been training with it. But we have such good medical staff, great massage, great doctors, great physios, so I’m in good hands.

“We’ll just take it each day as it comes.”

Cambage has spent recent weeks training in Melbourne alongside Kunek, a month after their very public spat. The superstar centre expressed her outrage on Twitter after Kunek posted a photo of herself online dressed as Kanye West at an end-of-season WNBL party.

While the pair haven’t spoken about the issue, Cambage said everyone had moved on.

“I don’t feel like there’s a need to talk about it or bring it back up,” Cambage said.

“I think we’ve all just moved on and basketball’s the main focus. We’re all just doing our thing and training hard.

“We are having team building sessions this week and I’m sure we’ll speak about it then.”

The use of social media has been forced higher on coach Brendan Joyce’s agenda following the incident.

Veteran Suzy Batkovic – who admittedly rarely uses the likes of Twitter, Facebook or Instagram – reckons it’s best to avoid them during the Olympics and instead focus on the Games.

But Cambage says it’s different for everyone.

“I’ve always been the type of person that whatever anyone says to me on Twitter, it doesn’t offend me. Like, I don’t even know who you are so why would your opinion affect me in any way?

“I was on it at the (London) Olympics. I guess I’m pretty known for what I can get up to on social media. But I don’t even post that much even more.”

Liz Cambage determined to move on after race spat