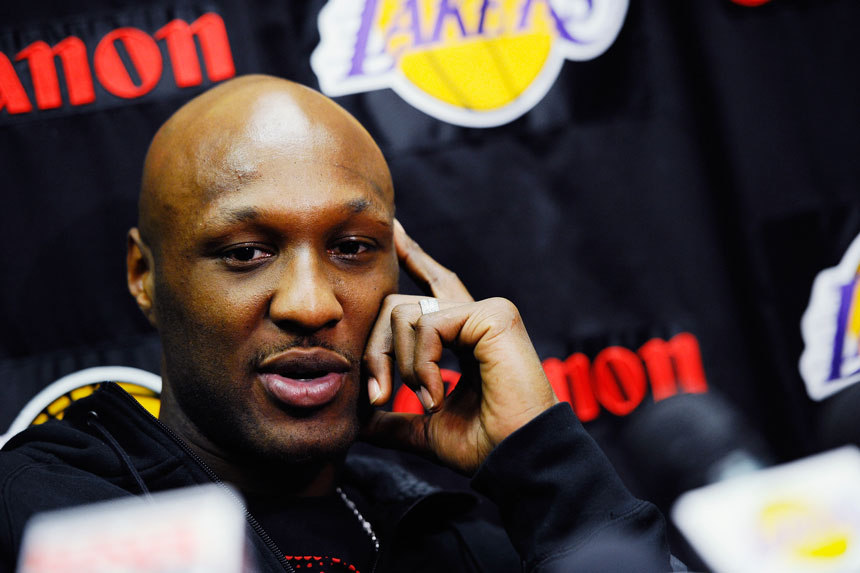 The condition of former NBA star Lamar Odom, who this week was  found unconscious in a Nevada brothel after a $75,000 bender, is said to be improving.

Odom suffered a stroke and was given a 50 per cent chance of survival, but reports this morning say he is out of a coma and trying to breathe unassisted.

While it’s unclear if he will have permanent brain damage from the incident, he apparently gave ex-wife Khloe Kardashian the “thumbs-up” and indicated he was keen to see his children, Destiny and Lamar Jr.

Odom was found unconscious at the brothel in Nevada and taken to Sunrise Hospital and Medical Center by medics.

Authorities confirmed 911 calls made by staff at the brothel revealed the basketballer was under the influence of cocaine and sexual performance enhancers when he was found.

“Dear God he’s one of the good ones. PLEASE watch over him and listen to his heart speak #PrayersForLamar.”

“Obviously, our hearts and our thoughts and our prayers are with Lamar and his family,” Scott said.

“It’s obviously something that you don’t want to hear before the game because I think the people that knew about it, we were all thinking about it.

“I obviously feel for him and hope that he will be OK.”