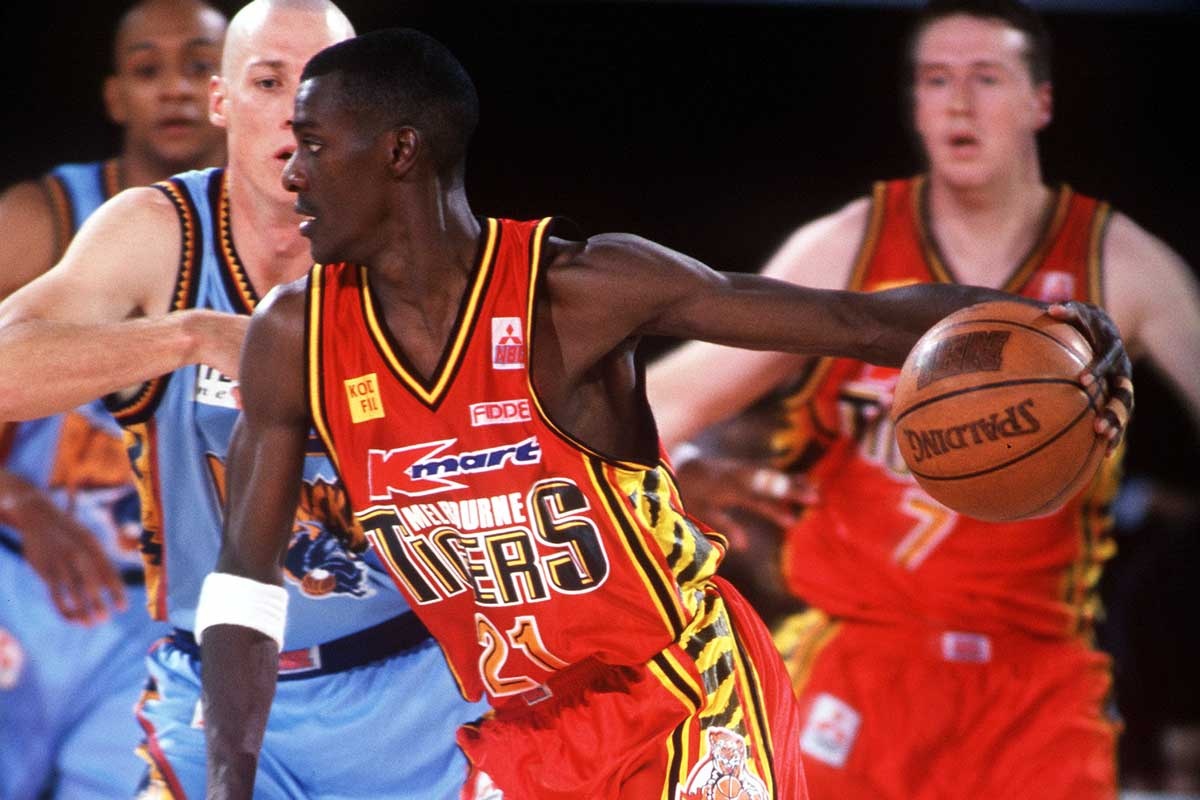 As the nation staggers through another football grand final hangover, the National Basketball League is champing at the bit to get season 2015/16 started.

Tipping off on Wednesday night, there is a renewed vigour about the league.

There is more talent than there has been in years – both Aussie and international.

Every game is being broadcast live and in HD on Fox Sports, and we are only 12 months away from seeing Brisbane re-enter the competition.

The Nine Network is on board as the NBL’s free-to-air partner for the upcoming season.

But before it can tackle the future, however, the NBL needs to have a funeral. It’s time for the league to bury the 1990s and move on.

Time and again you hear the tiring repetition of ‘basketball getting back its former glory, returning to those amazing times when Rod Laver Arena was packed out, when you had household names like Andrew Gaze, D-Mac, Copeland, Heal, when it was on free-to-air TV…’.

Although memories may be embellished somewhat, the 90s ship sailed a long time ago and a lingering nostalgia is holding the NBL back.

At the doorway of what promises to be an exciting time for the sport, the basketball community must embrace what the sport could be moving into the future, for it to succeed, rather than comparing it to the past.

Here’s why the 90s needs to be buried – not forgotten about, but laid to rest.

Rugby had little presence in the AFL states and likewise the AFL was struggling to enter the rugby markets in the 90s.

Soccer hadn’t captured the imagination of Aussie kids like it has today, and the demand for Aussie basketball talent internationally was restricted to just the elite few like Gaze, Luc Longley, Andrew Vlahov and Mark Bradtke.

Today, rugby league and union has a stronger presence nationwide, as does the AFL.

The Socceroos hammered the round-ball game firmly into the Aussie sporting consciousness with their dramatic World Cup successes and the slow but steady growth of the A-League, and cricket created the Big Bash League to further complicate things.

In addition, Europe opened its borders and relaxed its import rules, allowing Aussie basketballers with a European passport of any kind to get a contract as a domestic athlete in the strong European leagues across the board.

Simultaneously, Aussie kids continue to be snapped up by US colleges left, right and centre.

With clubs falling over financially, some have argued that the NBL, like the NSL/A-League, needed to take a year off, gather itself and rebrand.

The NBL’s problems were never the same as soccer’s though.

Clubs have never been organised into ethnic groups, resulting in bitter clashes on the scale of the NSL. The culture has never been that bad.

Perhaps all the sport has needed is to find its footing in a rapidly changing landscape, behind strong leadership, secure financials, while also putting a product on the floor that will get bums in seats.

Many promising efforts took place over the years, and the NBL even found itself back on free-to-air TV.

For one, it’ll be the first NBL season since the reins were picked up by Larry Kestelman, a man who has offered the league something that it has never had before – a single vision, backed by deep pockets and an emotional commitment to the game.

Watching Kestelman’s recent moves in the sport, it’s hard not to automatically think about the impact that Frank Lowy has had on soccer.

It’s a big ask to expect similar results, but the sport has long lauded its grassroots base and that’s not where the parallels end.

The 1990s grew out of the grassroots and caught a wave that surprised everyone. Its ultimate fate may or may not have been controllable, but the future is.

Basketball fans are some of the most vocal and outspoken and they’ve had to wait a long time for the sport to put on the floor something that even resembles what the 90s were all about.

If that’s this year, then the comparisons won’t help.

Let the demons of the past be exorcised, let the sins be forgotten. Body found in Vic creek, amid further flood warnings
‘Horrific’: Mother to be charged over motorway stabbing
Meghan and Harry set return date – but family plans are up in air
Australia’s Cambage takes break from WNBA
Iran denies attack on Salman Rushdie
Giuliani targeted in election criminal probe
The Brisbane Bullets are back in the NBL
Today's Stories

Why it’s time we gave the NBL a proper funeral