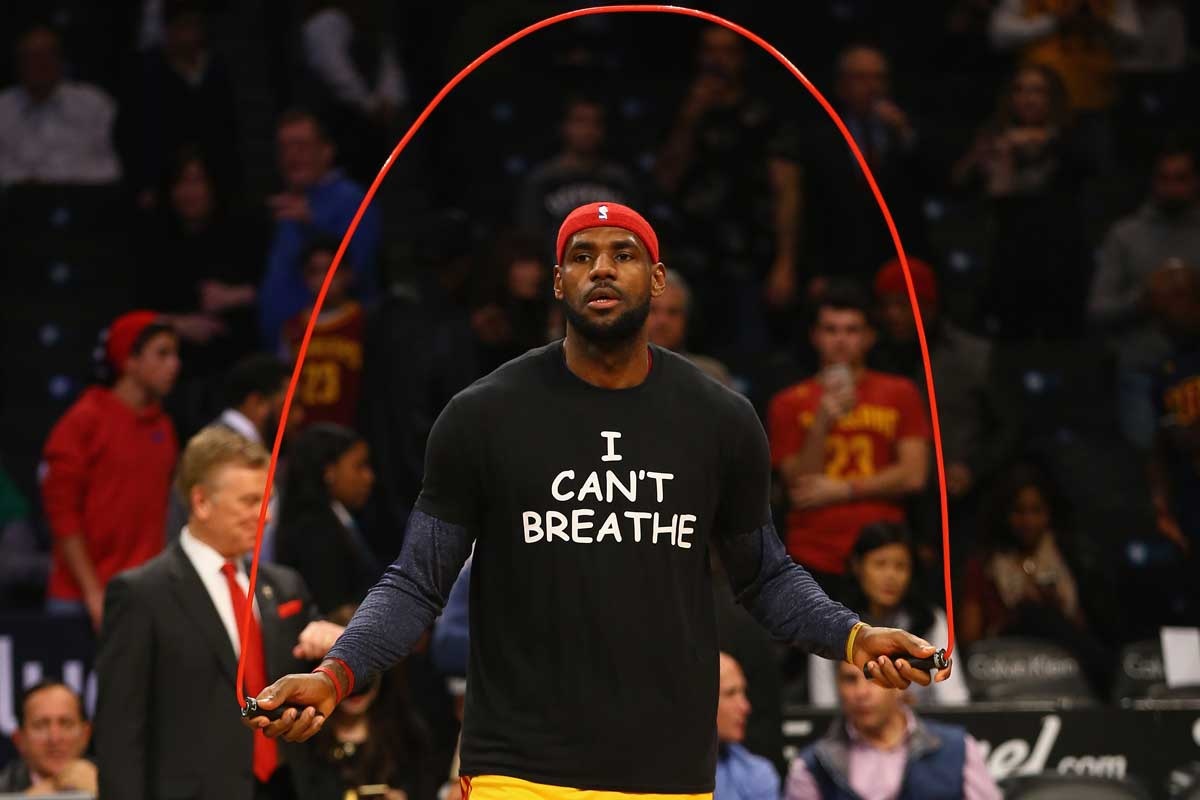 LeBron James and several other players on both teams are wearing “I Can’t Breathe” shirts as they warm up for an NBA game between the Cleveland Cavaliers and the Brooklyn Nets.

The protests are in support of the family of Eric Garner, who died on July 17 after a police officer placed him in a chokehold when he was being arrested for selling illegal cigarettes.

“Obviously as a society we have to do better, we have to have empathy better for one another no matter what race you are, but it’s more a shout-out to the family more than anything,” James said before warming up.

It was the second time in as many days that a star NBA player has worn one of the shirts, following a similar action by Derrick Rose of the Chicago Bulls.

The statement from the Cleveland and Brooklyn players comes before a game that will be attended by Britain’s Prince William and his wife, Kate, as well as NBA Commissioner Adam Silver.

“I respect Derrick Rose and all of our players for voicing their personal views on important issues but my preference would be for players to abide by our on-court attire rules,” Silver said.

Players are required to wear attire of Adidas, the league’s official apparel provider.

A recording of Garner’s arrest showed him gasping, “I can’t breathe” during the fatal encounter, and thousands have protested a grand jury decision not to indict the officer since the announcement on Wednesday.

Meanwhile, Rose has explained his action in wearing the shirt, saying that he was supporting Garner and also Michael Brown, another unarmed black man who was shot to death by police in the US state of Missouri.

“Usually I stay out of politics and police brutality,” Rose said.

“I’m not saying all cops are bad or anything. I’m just saying what happened them days was uncalled for and I think it hurt a lot of people. It hurt the nation.”