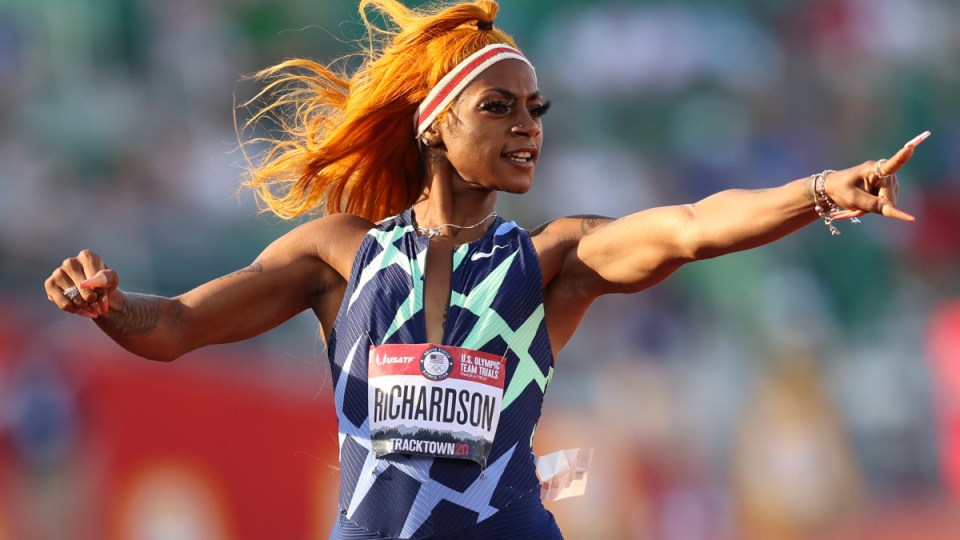 America’s fastest woman, Sha’Carri Richardson, looks set to miss the Tokyo Olympics after testing reportedly failing a drug test at the US trials.

The flame-haired 21-year-old set up a headline sprint showdown with Jamaican superstar Shelly-Ann Fraser-Pryce in Tokyo after a dominant display in the women’s 100 metres at the US Olympic trials two weeks ago.

Richardson, the US 100-metres champion, flashed home in her semi in a wind-assisted 10.64 seconds and then backed up to win the final in 10.86.

But according to the Jamaica Gleaner, Richardson has been disqualified after she tested positive for a prohibited substance. Other media are reporting that Richardson face a suspension of up to three months for testing positive to marijuana.

That would make her ineligible for Tokyo, where preliminary races for the individual 100-metre events start on July 30. The 4×100-metre relays commence on August 5.

However, Reuters is reporting she will not compete at the Diamond League in Stockholm on Sunday. She had been expected to run in the 200 metres there, according to the event’s entry list.

Marijuana has been classified as a “substance of abuse” by the World Anti-Doping Agency since January 1, and carries a maximum four-year ban.

However, the ban can be reduced to three months if an athlete can prove that the drug was used out of competition and that there was no sports performance benefit.

Richardson is a colourful figure on the track and field circuit, literally. She’s known for dying her hair in an array of colours and is proud to sport long nails, just like one of her idols – Florence Griffith Joyner.

“She carries such a firecracker.”