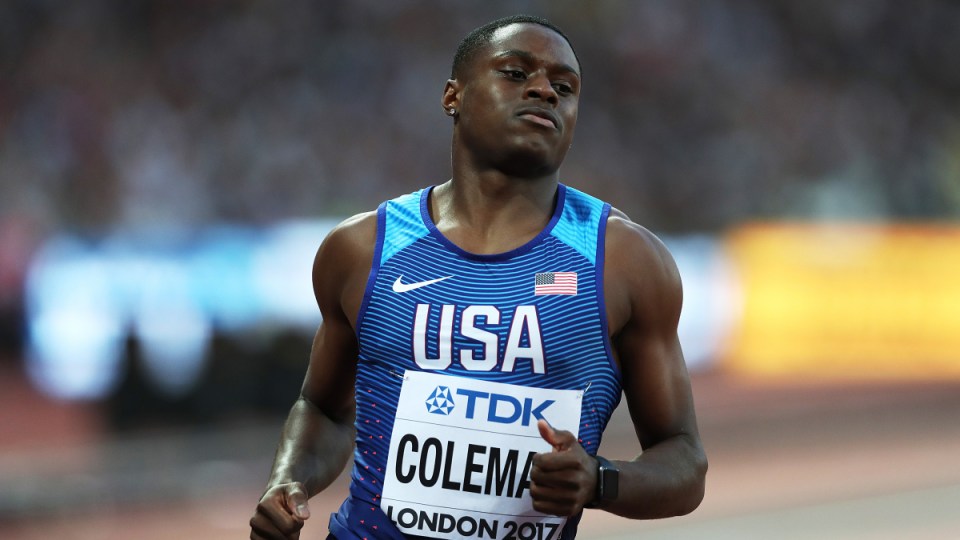 Coleman, who narrowly escaped a ban last year for missing three doping tests, was provisionally suspended by the AIU in June.

“We regret to say that we do not think there is any mitigation which can fairly be relied upon to reduce the sanction from the two-year period,” the AIU said in a statement on its website.

“Unfortunately, we see this case as involving behaviour by the athlete as very careless at best and reckless at worst.”

The US sprinter claimed at the time of his provisional suspension that anti-doping officials had not followed procedure when he missed them after going Christmas shopping on December 9, 2019 at a time when he had said he would be at home.

Doping control officers testified before a disciplinary tribunal that they were present during the whole of the allotted hour of 7.15pm to 8.15pm on December 9 in front of his house.

Coleman in turn testified he had arrived home from Christmas shopping shortly before the end of the one-hour period.

However, shopping receipts showed that Coleman had purchased 16 items from a Walmart Supercenter at 8.22 pm, the AIU said.

“We do not accept the Athlete’s evidence,” the AIU added.

“It is obvious that in fact the athlete did not go home until after making his 8.22 pm purchase. We are comfortably satisfied that this is what happened.”

At the time of his provisional suspension, Coleman had complained that the AIU’s doping control officers had not called him on that night on December 9.

The AIU said in its judgement that doping control officers were not required to phone athletes.

The AIU said Coleman’s ban would end on May 13, 2022 and that he could appeal the tribunal’s decision to the Court of Arbitration for Sport.

Three failures to properly file whereabouts information or being absent during the hour stated in a 12-month period can result in a one- or two-year suspension.

Coleman, also a silver medallist in the 100m and 4x100m relay at the 2017 worlds, escaped suspension last year when the US Anti-Doping Agency, after receiving guidance from the World Anti-Doping Agency on how to calculate the 12-month window for three missed tests, withdrew the charge.

The sprinter, who also helped the United States to 4x100m gold at the 2019 worlds in Doha, later demanded an apology from USADA, but two of those misses have now combined with the latest failure to result in a ban.

“The fact is that he had had the narrowest possible escape from a potential ban on this prior occasion,” the AIU said.

“It might be thought he would have learned from this experience… in fact, that is not at all what happened.”