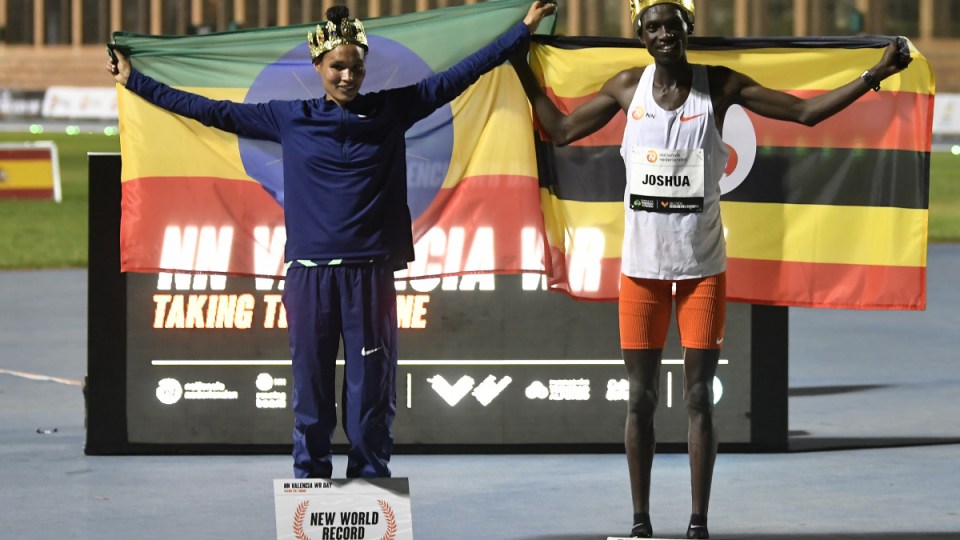 Cheptegei, 24, broke the previous record of 26:17:53, set by Ethiopian Kenenisa Bekele in 2005, at a special event in a near-empty Turia stadium in Valencia as only 400 people including sponsors, journalists and staff were allowed in because of COVID-19 protocols.

The achievement capped an outstanding 12 months for Cheptegei.

He won the gold medal in the 10,000 at last year’s World Championships in Doha and in August took Bekele’s 5,000m record at the Diamond League meeting in Monaco which stood for 16 years by running 12:35.36.

The 22-year-old Gidey, an excellent cross country runner and 10,000m world silver medalist, was relaxed throughout her specially organised time trial to take nearly five seconds off Dibaba’s best mark from 11 years ago.

Dibaba is a three-time Olympic champion and widely considered one of the best runners of all-time.

The event was organised by Cheptegei’s NN Running Team of the Netherlands and he and Gidey were helped to the finish line by pacers as well as Wavelight technology, which flashes lights on the inside of the track to indicate a specific pace.