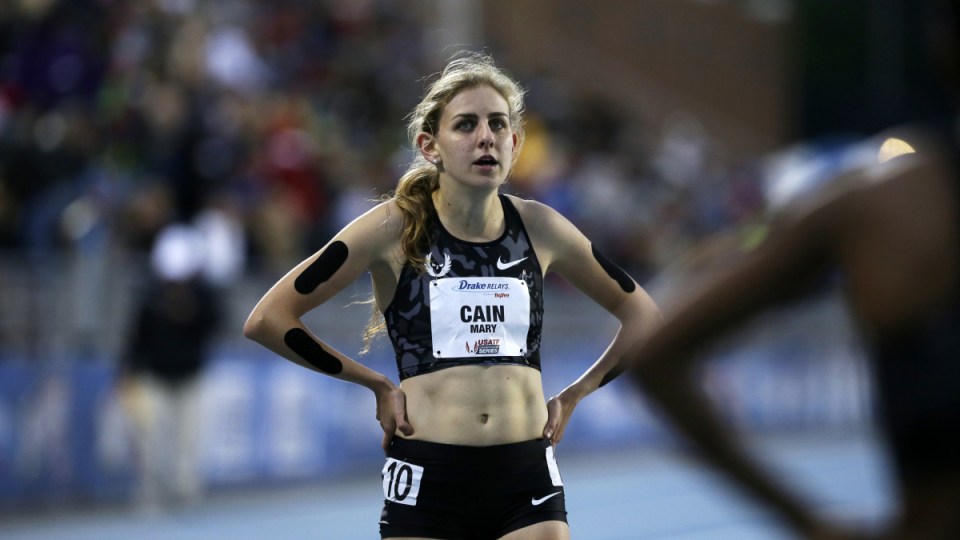 Amy Yoder Begley, a 10,000m athlete, said on Friday she was told she had the “biggest butt on the starting line”.

Cain said the all-male staff told her the way to get faster was to get thinner and thinner.

Nike says it’s investigating the claims but the cascade of allegations that have followed Oregon Project director Alberto Salazar’s four-year doping ban have called new attention to the emphasis on weight restrictions and emotional abuse.

“It’s depressing but I’m also encouraged that this message is getting out,” Kathryn Ackerman, medical director of the female athlete program at Boston Children’s Hospital, said Saturday.

A lot of these athletes have been really shy to share their stories.”

Questions about Salazar’s methods with his top athletes had swirled for years before the US Anti-Doping Agency found him guilty last month of conducting experiments with supplements and testosterone that were bankrolled and supported by Nike.

But Cain’s plaintive story of harassment and abuse while she was part of Salazar’s training group, which she joined as a 17-year-old phenomenon in 2013, has emboldened other former Oregon Project athletes to share their stories.

In a New York Times video essay, Cain, now 23, says: “I was emotionally and physically abused by a system designed by Alberto and endorsed by Nike.”

Cain said she was harangued by the staff to lose weight, was publicly humiliated when she didn’t hit targets and started cutting herself and having suicidal thoughts before leaving the program in 2016.

Salazar, who has denied any involvement in doping, issued a statement to The Associated Press on Saturday.

“I never encouraged her, or worse yet, shamed her, to maintain an unhealthy weight. Not only did I never do such a thing, I would not tolerate anyone else on my team doing any such a thing,” he said.

Nike said in a statement these are “deeply troubling allegations which have not been raised by Mary or her parents before.

“Mary was seeking to rejoin the Oregon Project and Alberto’s team as recently as April of this year and had not raised these concerns as part of that process.”

The sportswear giant added it will “take the allegations extremely seriously and will launch an immediate investigation to hear from former Oregon Project athletes.”