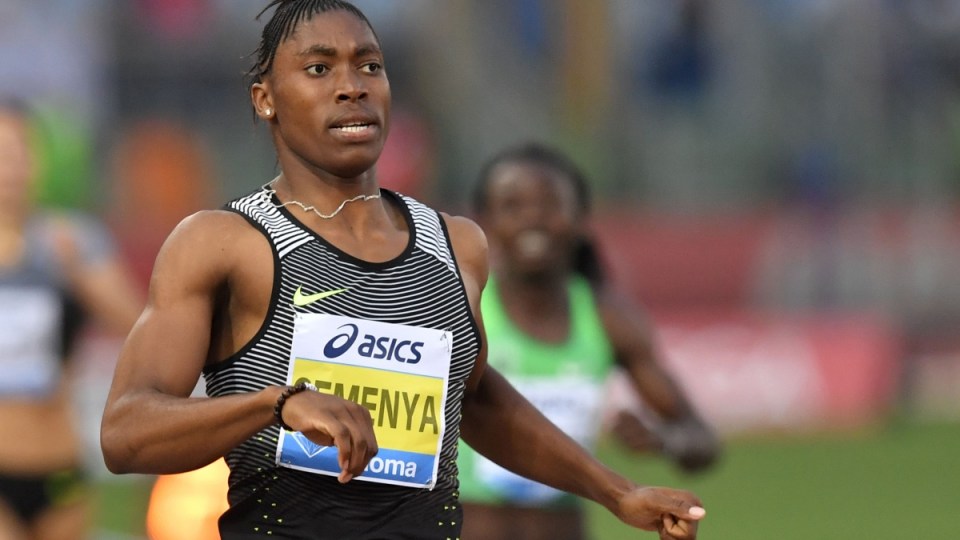 Caster Semenya has won the backing of the World Medical Association. Photo: Getty

Doctors around the world have been urged to refrain from implementing controversial new athletics regulations given the go-ahead by the Court of Arbitration for Sport in the past week.

Track and field’s world governing body, the International Association of Athletics Federations (IAAF), want women with naturally occurring high levels of testosterone to undergo medical treatment to reduce their levels to a normal female range in order to be able to compete.

The World Medical Association has published a statement on its website reiterating its advice “not to implement IAAF rules on classifying women athletes”.

Its chairman, Frank Ulrich Montgomery, told The Ticket why they had advised doctors to play no part in enforcing the IAAF regulations.

“We do think it is extremely serious if international sports regulations demand physicians to prescribe medication — hormonally active medication — for athletes in order to reduce normal conditions in their body,” he said.

Two-time Olympic champion and former world champion 800 metre runner Caster Semenya has been at the centre of a decade-long campaign to “protect the integrity of female sport” by ensuring a level playing field.

Women described as having DSD (differences in sexual development) are said to have an unfair advantage due to excessive, but naturally occurring, testosterone in their system.

“For these types of women it is just normal to be androgenic and there is nothing pathological about the situation of this athlete,” Dr Montgomery said.

“No physician can be forced to administer these drugs, and we definitely urge our colleagues to refrain from giving hormonally active medication to athletes simply because some regulations demand it.

“If physicians do apply these drugs they do break ethical codes. The basic ethical code of all medical practice is never do harm, and it is doing harm to a perfectly normal body with just a rather high level of testosterone by administering drugs to use this in order to make them legible for women’s sport under these regulations.”

The WMA has no legislative power and has not spoken directly to the IAAF, although it is believed the South African Medical Association, which has been actively engaged on this issue, has been in communication with the sport’s governing body.

“We do not have any legislative power or any direct power in this. We can simply appeal as an international medical organisation, and we can voice the demand that doctors should not interfere with non-pathological situations,” Dr Montgomery said.

“In a way, this is inverse doping — to reduce the normal level of testosterone in this woman.”

The IAAF has argued that athletes like Semenya have an unfair advantage over others and used scientific research to support their claim.

“Would it be easier for you if I wasn’t so fast?”

Dr Montgomery says despite their being an advantage, it is not “unfair”.

“I simply deny this being unfair,” Dr Montgomery said.

“The next issue would be that we demand basketball players who are taller than 2.25 metres should reduce their height surgically to something else because, of course, they do have an advantage over other basketball players that are somewhat smaller.
Hyperandrogenism and the IAAF

The IAAF’s rules were called sexist, racist, unethical, and based on bad science, but the governing body dug its heels in.

“So where is the limit to this?

When asked to comment, the Australian Medical Association referred the ABC to the Australasian College of Sport and Exercise Physicians.
Its president, Louise Tulloh, said members had been discussing the situation of DSD for years, aware that the Semenya case against the IAAF’s regulations was building to a head.

“This has been a topic of our annual conference for a few years running, because everyone’s watching this concept of ‘how do we make sport fair’,” she said.

“As our testing procedures are becoming more sophisticated what we’re learning about the fact that sex is no longer considered binary, how do we put people into male and female categories for sport?

“It’s been an ongoing discussion without conclusion.”

The International Olympic Committee has established a working group to look more closely at the IAAF regulations with other sports now being asked whether they would adopt similar rules.

When contacted by The Ticket nobody from the IAAF was available for comment, although a key witness for their case said he would speak after the “sensationalism” had died down.