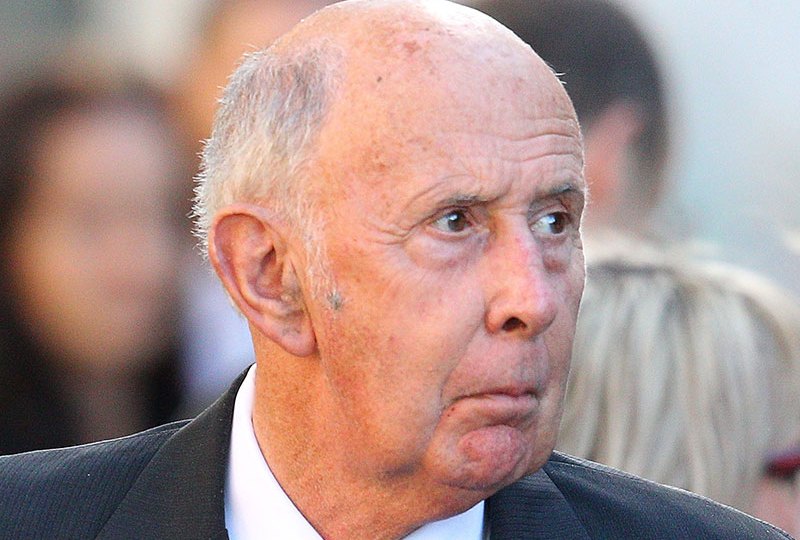 John Landy was a much-loved Governor of Victoria and a tireless worker for good causes.Photo: AAP

Landy came second to the British great in the race to become the first man to break the four-minute mile.

And he also came second to Bannister in what was billed as “The Mile of the Century” at the Empire Games in 1954.

Bannister, who died aged 88 in Oxford on Saturday, became the first man to run a mile in under four minutes in Oxford on May 6, 1954.

And while Landy wasn’t running, he beat the Australian to the landmark.

“It never really bothered me,” Landy said in 2004, at a function in London commemorating the 50-year anniversary of Bannister’s world-first.

The Australian not only finally broke the four-minute mark in Turku, he set a world-record time of three minutes 57.9 seconds.

“I really wanted to run the fastest time in the world, which I did do,” Landy said in 2004.

“If it was a four-minute mile, that was a bonus.

“But I was not aggrieved at all by the fact that I missed the first one.

“I was amazed that Bannister had done it quite when he did. I thought it was a few months away or even a year away.”

While the race to break the four-minute mile captivated the sporting world, it didn’t captivate Landy.

“I was never really concerned about the four minutes,” he said.

“A tremendous amount was made of it.”

Landy rejected talk of Bannister breaking not only a time barrier but a psychological barrier.

“It wasn’t psychological at all,” Landy said.

“It was a matter of getting the right set of circumstances. He got them, then eventually I got them.

“I make a very strong point, people constantly say it was a psychological barrier – it was not. It was just a physical barrier.”

But Landy admitted having plans for Bannister in their famed race at the Empire Games in Vancouver in August 1954.

“I intended to run him into the ground,” he said.

Landy led his rival late in the race.

Then he famously peered over his left shoulder – and Bannister swept past his right and won gold.