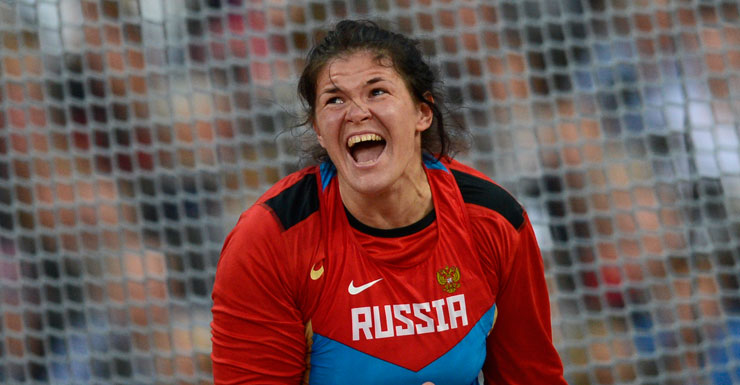 The WADA report released on Thursday claimed that 736 tests were declined or cancelled by Russians between February 15 and May 29 this year, months before the Brazil Olympics.

Athletics Australia chief executive Phil Jones told the ABC on Thursday night it would be “shocking” if Russian athletes were permitted to compete at the Games in light of the developments.

“I really do think this seems to be the nail in the coffin,” Mr Jones said.

“I think when you’ve got athletes refusing to be tested, there are clearly implications just from that.”

The report also claimed that 73 of 455 completed tests could not be collected, of which 52 adverse findings were recorded.

Of those findings, 49 were due to meldonium – the drug Maria Sharapova tested positive for at the Australian Open ion January. She was banned for two years last week. It was banned in November following the uncovering of widespread doping offences and systemic failures.

The timing of the report was particularly notable given that it came in the same week that WADA will announce whether Russia is eligible to compete in athletics at this year’s Olympic Games in Rio de Janeiro.

WADA said doping control officers had also faced intimidation and threats of expulsion from the country by armed government agents when attempting to carry out drug tests in military cities.

Military cities were often given as a place of residence by athletes seeking to avoid drug testers because of the difficulty in gaining access to the areas, the report said.

It also detailed how one track and field athlete had been caught trying to provide a urine sample using a container inserted into her body.

“When she tried to use the container, it leaked onto the floor and not into the collection vessel,” the report stated.

The athlete subsequently threw away the container and then attempted to bribe the doping control officer. Additional claims in the report were:

• National championships were held in cities involved in civil conflicts, which saw testers refuse to attend the area

• A total of 15 athletes mysteriously did not start, withdrew or were disqualified from the Russian National Walking Championship in February

• The entire Russian under-18 team at the Hockey World Championships withdrew together and were replaced by the under-17 team, reportedly due to use of meldonium

On the same day the report was released, the New York Times published a story claiming that WADA sat on its hands when informed of systematic doping by a Russian athlete in 2012.

Darya Pishchalnikova – a silver medallist at the London Olympics in the women’s discus before it was taken from her – is alleged to have provided the claims.

The newspaper claims that Pishchalnikova emailed WADA to tell it she took banned drugs because she was told to by Russian authorities, and that she had extensive information about the practices.

It is said that she urged the anti-doping agency body to investigate and that she was willing to co-operate.

But it is alleged that WADA did not open an inquiry, instead sending her email to Russian sports officials – who she said were the orchestrators of the program.