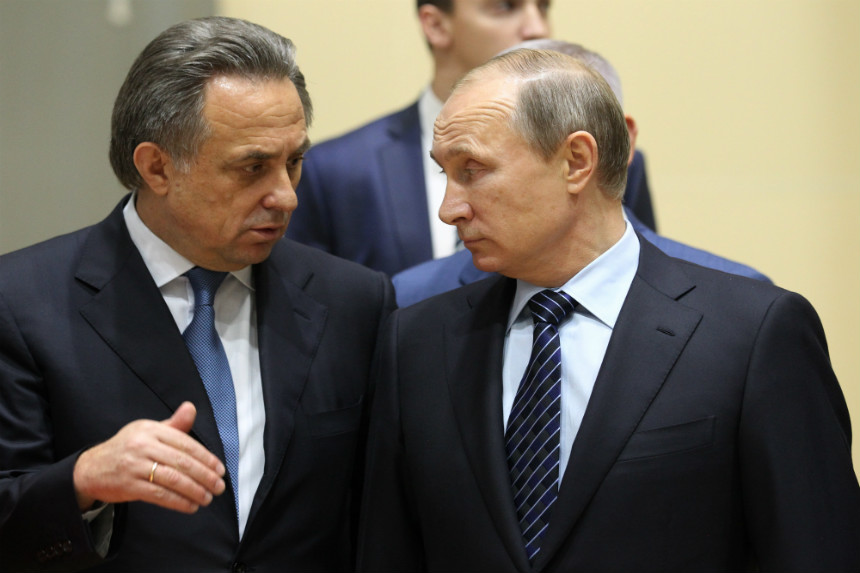 And it’s done it by claiming that doping is far from a Russian problem.

Sport’s biggest global event begins in the Brazilian capital on August 5 but at this stage there will be no athletes from Russia in action.

Russia, accused of “sabotaging” the 2012 London Olympics, has also been hit with a range of allegations surrounding the 2014 Winter Olympic Games in Sochi.

A decision on Russia’s involvement in Brazil is likely at an IAAF council meeting in Vienna on June 17.

In the build-up to that meeting, Russia sports minister Vitaly Mutko – who said the nation was “very sorry” and “ashamed” of the athletes who did cheat – claimed that doping was globally widespread.

“We do not deny having a problem in Russia, and we are doing everything possible at state level to eradicate doping, including punishing athletes and coaches found to have violated anti-doping rules,” Mutko wrote in The Sunday Times.

“But doping is a global problem, not just a Russian problem.”

‘We are ashamed of them’

But he also insisted the nation had acted to clean up its athletes – and that it would not be fair if it barred from competing in Brazil.

“The reasons for the All-Russian Athletics Federation being suspended from the IAAF have been well documented,” he wrote.

“They are weighty. Serious mistakes have been made by the federation management, along with athletes and coaches who have broken anti-doping rules and neglected the principle of fair play, so fundamental to sport, for immediate benefits.

“Let us be clear. We are ashamed of them.

“We have done everything that has been asked of us by the IAAF in order to be reinstated.

“It would be unjust to demand all these changes and measures, witness them happen, and then still punish Russia’s athletes.

“These are men and women who have sacrificed years of their lives striving to compete at the very highest level, who have dreamed of taking part in the Olympic Games, and who now face having their sacrifice wasted and their dreams shattered.”

Much talk surrounding Russia’s doping has suggested that the extensive program was state-sponsored.

Mutko implied that was far from the case, though, before adding that no nation’s athletes would be tested as rigorously in the build-up to Brazil.

“We are very sorry that athletes who tried to deceive us, and the world, were not caught sooner,” he said.

“We are very sorry because Russia is committed to upholding the highest standards in sport and is opposed to anything that threatens the Olympic values.

“No other country’s athletes will have been placed under the spotlight to the same degree as ours will be.

“Such an intense glare does not allow anywhere for cheats to hide.”

Russia was the fourth-best-performing nation at the 2012 Olympics, winning 82 medals.

Of those medals, 18 came in athletes, with eight being gold.