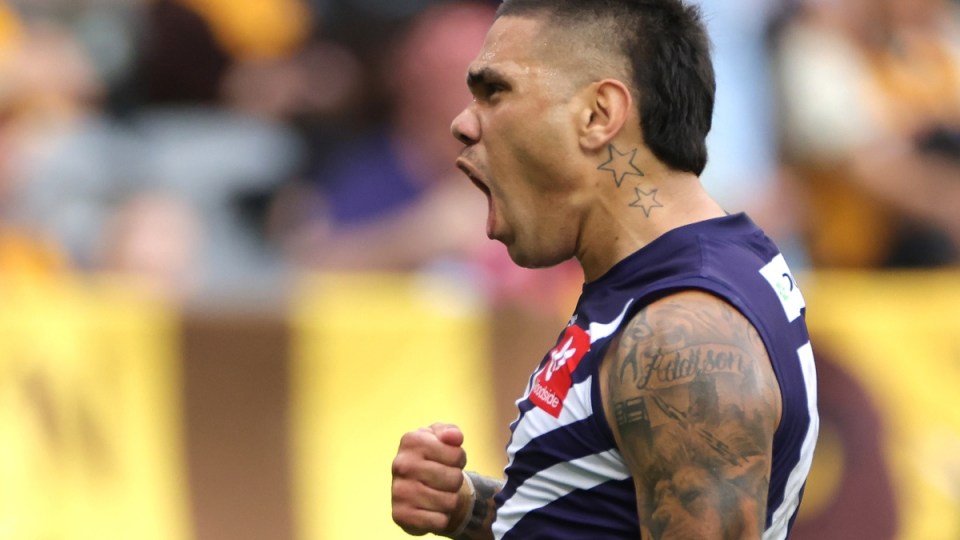 Fremantle has called out “cowardly” racist abuse sent to two of its players through social media after its AFL win over St Kilda.

Indigenous forward Michael Walters and teammate Michael Frederick, who is of South Sudanese descent, were both subjected to vile messages online from a football follower.

The pair shared screenshots of the messages from their Instagram accounts on Monday night.

“The s— you have to put up with after a game of football,” Walters posted with his screenshot.

The racist abuse subjected to Fremantle players Michael Frederick and Michael Walters on Instagram is as bad as you’ll ever see. Heartbreaking stuff.

It can’t be that hard for social media organisations to alert authorities, track down these scumbags and lock them away.

“After every game I’m sick of opening my socials to uneducated messages like this.

“Take a hard look at yourselves.”

Frederick, who kicked three goals in the 41-point win over St Kilda, said the racist messages are “what you cop from a low life”.

Fremantle has reported the matter to the AFL.

Fremantle players Michael Walters and Michael Frederick were subjected to vile and racist comments online from a member of the public. #foreverfreo

“There is absolutely no place for online abuse and our club will not tolerate it at any level,” Dockers chief executive Simon Garlick said in a statement.

“Nobody in the community deserves to endure the hurtful and harmful comments experienced by our players over the weekend.

“They are two much-loved members of our Freo family who have been vilified in a cowardly way and we are working through the matter with the priority being the wellbeing and support for our players.”