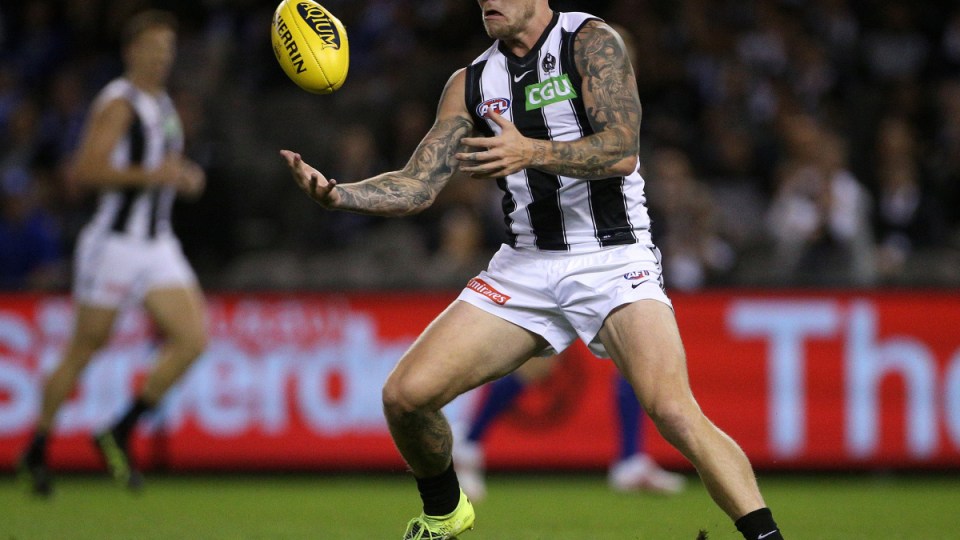 Jordan De Goey has had a charge of forcible touching against him dropped. Photo: AAP

One of the criminal charges, forcible touching, laid against Collingwood AFL star Jordan De Goey has been dropped by New York prosecutors.

But the 25-year-old is still facing a charge of assault when he is next due in court in the United States on December 8.

The Manhattan District Attorney’s Office has dropped a charge of forcible touching — grabbing private areas outside of clothing without permission — of a 35-year-old female.

But the Magpies midfield-forward is still alleged to have punched and kicked a 37-year-old male.

The man was a friend of the same woman, who De Goey and his friend Luke Dyson were alleged to have interacted with during a Halloween-themed party at PHD Rooftop Lounge on October 30.

Dyson allegedly struck the man, after he came to the assistance of the woman, in the face with a glass,

De Goey spent several hours in a holding cell, before being released from custody after pleading not guilty to all charges.

Collingwood acted swiftly to the charges being laid and on Sunday stood down De Goey from club duties indefinitely.

De Goey travelled to the US during the off-season to undergo an intensive fitness program in California as he attempted to capitalise on an outstanding end to the 2021 season.

He was only able to leave Australia under a permit due to his sponsorship and work arrangements with Monster Energy.

It is unclear if De Goey will be allowed to return to Australia before his next court date, but COVID-19 restrictions could make that difficult.