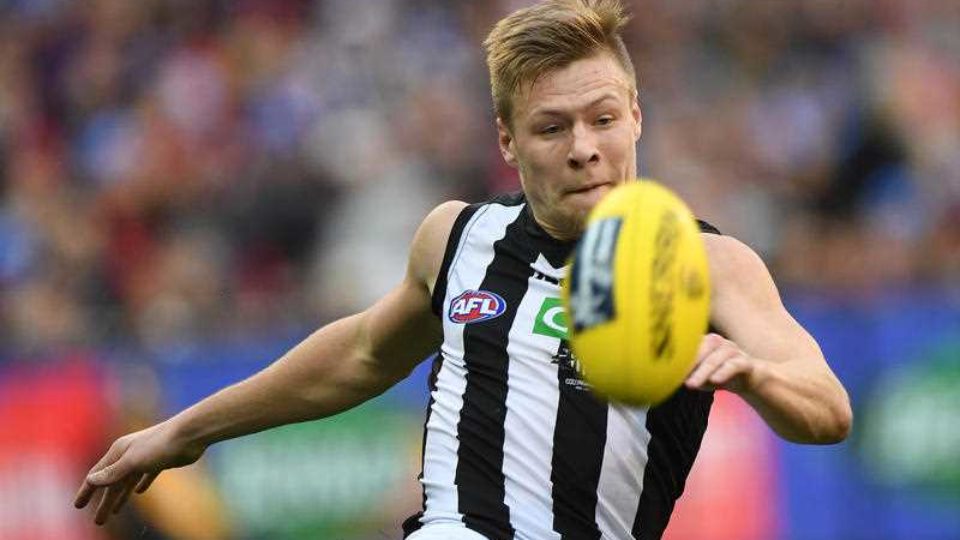 Magpie Jordan De Goey has been charged with groping a woman at a New York nightclub. Photo: AAP

Collingwood are attempting to contact Jordan De Goey after the AFL star was arrested and put in a New York holding cell for allegedly groping a woman.

According to the New York Daily News, De Goey was partying with his friend Luke Dyson at the PHD Rooftop Lounge on Saturday when the pair are alleged to have approached a woman on the dance floor

The woman’s friend then confronted the pair, before Dyson allegedly struck the man in the face with a glass bottle, and splitting his lip, New York police said.

Police say the woman called 911 and De Goey and Dyson were taken into custody, before being charged with forcible touching and assault.

The Magpies released a brief statement on Sunday about their 25-year-old game-breaker, who finished fourth in the club’s best-and-fairest this year.

“Collingwood is aware of a report involving Jordan De Goey,” the statement read.

“The club is attempting to contact Jordan, who is in the USA, to determine the facts of the matter.

“The club will not be in a position to comment further until it has done so.”

De Goey travelled to America during the off-season to undergo an intensive fitness program as W Training Facility in California as he attempted to capitalise on an outstanding end to the 2021 season.

De Goey was allowed to leave Australia under a permit due to his sponsorship with Monster Energy.

The explosive midfielder-forward is out of contract at the end of next season and was setting himself for a new career-making contract.

In August, Victoria Police had to pay legal costs to De Goey after dropping a historic indecent assault charge against him.