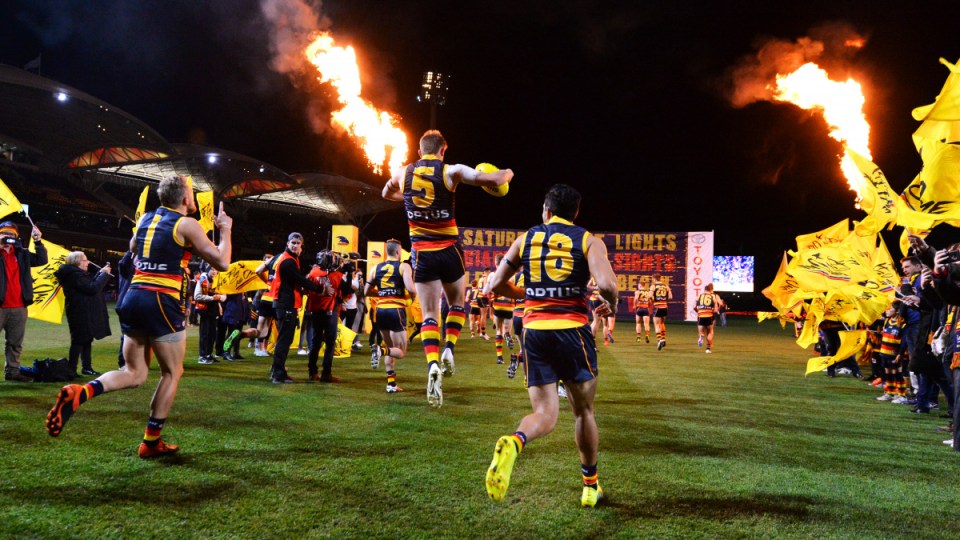 The Adelaide Crows face an anxious wait as the AFL probes into a possible breach of virus protocols. Photo: Getty

The AFL will investigate claims Adelaide players and staff were not wearing face masks on a flight.

The Crows played Richmond at Giants Stadium last Sunday and flew back to Adelaide directly after their 28-point defeat in western Sydney.

But the club received a tip-off from a passenger onboard the flight, claiming several members of the group were not appropriately wearing masks.

Anyone currently flying in Australia is required by law to wear masks.

The Crows have asked the AFL to investigate those claims.

The passenger gave an interview to Triple M Adelaide’s breakfast show, saying she was “disturbed” by what she saw.

“It was a complete disregard for the welfare of everyone on board,” she said.

“The stewards asked them (the players) to put them (masks) on, yet they didn’t comply with it.

“This is the part that was really disturbing, I overheard one of them saying ‘don’t forget tomorrow morning we’ve got to have our COVID tests’.”

The Crows say they are fully cooperating with the AFL and will await the findings of the investigation.

“The club also acknowledges the government requirement for people to wear masks in airports and on all domestic commercial flights to minimise the risk of transmission of COVID-19,” a Crows statement read.

“Our coaches, players and staff understand it is a privilege to be playing football during these times, as well as the need to adhere to protocols and guidance from health authorities.”

The probe comes as the South Australian government introduces the strictest COVID-19 rules ever for an AFL match.

The league took until Wednesday afternoon before agreeing to terms that would allow a group of 35 Magpies, including players and staff, an exemption to fly in and out of South Australia for the match.

Adelaide will host Collingwood on Saturday, after the Magpies received an exemption to fly to South Australia with Melbourne still under lockdown.