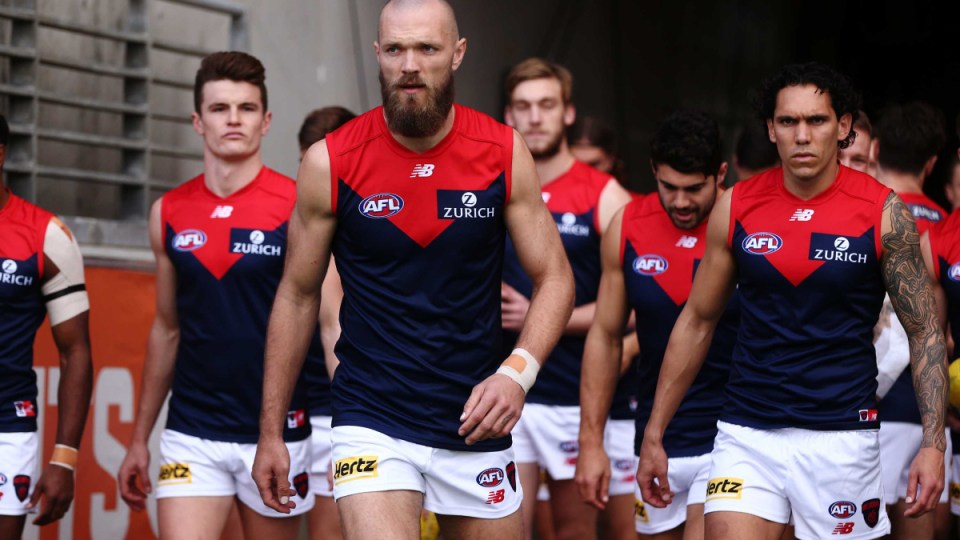 The Demons have been cleared to play after returning negative COVID tests. Photo: AAP

There had been concerns about the game after news broke a Demons player had visited a tier-one exposed site.

That player has to self-isolate for 14 days, regardless of the result, although it is understood that the player has tested negative along with his teammates.

All Melbourne players and staff were forced to isolate and get tested on Thursday.

Victoria’s coronavirus outbreak and associated border closures has forced the AFL to tinker with its round-11 fixture, meaning Saturday’s Gold Coast-Hawthorn game and Sunday’s Richmond-Adelaide match will both be held in Sydney.

The league also held its collective breath when news broke a Melbourne Demons player had visited a tier-one exposed site.

But the player, who will now be forced to self-isolate for a fortnight, has since returned a negative test.

The Demons confirmed on Friday morning all of their players and football staff had tested negative for COVID-19, ensuring that night’s match at Marvel Stadium can proceed in front of empty stands.

“But we’re definitely thinking the game is well and truly on tonight, we’re really looking forward to that.”

Richardson praised his club’s players for ticking off pre-game requirements on Zoom during a chaotic Thursday.

“It’s a pretty important day but not a massive day in your prep,” he said.

“The coach goes through his plans. You have a bit of a kick and a catch.

“It’s challenging trying to do a physical activation on Zoom but the boys got it done, it was good.”

Game on after Demons test negative for COVID-19