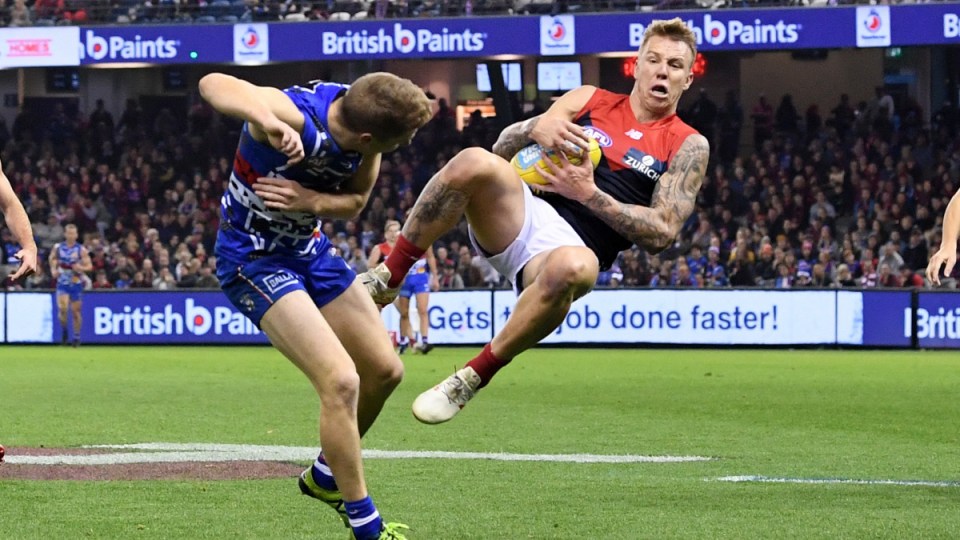 The 2022 AFL season will kickoff with a Demons-Bulldogs of the 2021 grand final. Photo: AAP

The AFL’s top-of-the-table clash between the Western Bulldogs and Melbourne tomorrow night is in doubt, with Demons players and staff ordered into self-isolation this morning.

ABC Sport understands that a Demons player had attended one of the COVID-19 exposure sites in Melbourne in recent days.

The club’s players, coaches, and support staff will now need to return negative COVID-19 tests before Friday night’s round 11 blockbuster at Docklands.

Melbourne coach Simon Goodwin was scheduled to face a media video conference this morning, but the club sent an alert saying it had been postponed.

The Demons and the AFL have been contacted for comment.

On Wednesday night, the league confirmed that Saturday night’s match between Gold Coast and Hawthorn would not be played in Darwin as planned.

It is yet to be announced whether the game will be relocated this weekend, or postponed.

Richmond is due to host the Adelaide Crows at the MCG on Sunday, but that match could be relocated to Sydney.