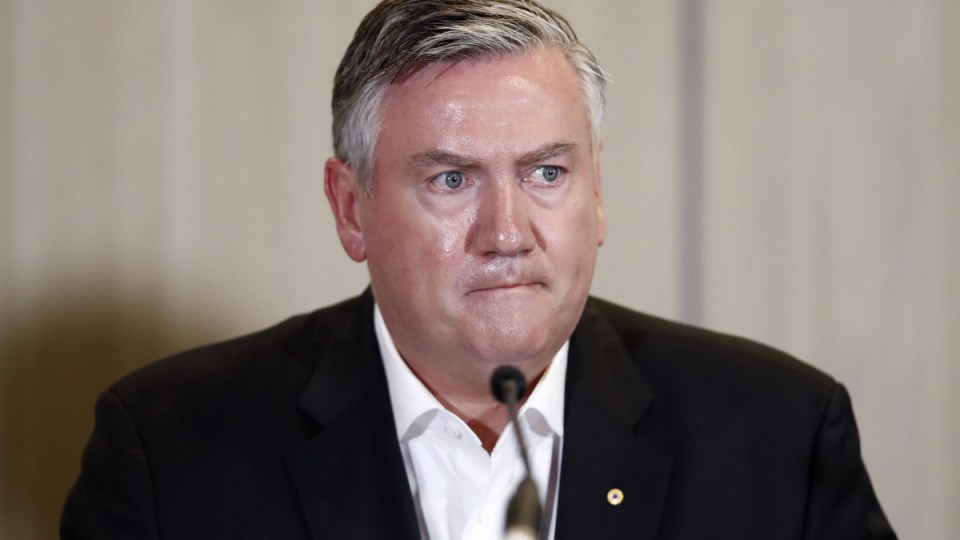 Calls for Eddie McGuire to step down as Collingwood president are not dying down. Photo: Getty

Pressure continues to mount on Eddie McGuire with an open letter signed by politicians and Indigenous leaders calling for the media personality to immediately step down as Collingwood president.

McGuire, who is due to exit the AFL club’s board at the end of this year, has been under fire since the release of a damning report that uncovered a culture of systemic racism at the Magpies.

The long-serving president declared the release of the Do Better report, which came after it was leaked to the media, as a “proud and historic day” for Collingwood during a botched press conference.

The next day at the club’s annual general meeting, McGuire apologised for how he described the findings of the club-commissioned independent review.

But backing down from his initial statements has done nothing to calm talk over McGuire’s future at Collingwood, after more than 22 years in charge.

The open letter to Collingwood has been signed by more than 70 people, including federal politicians Lidia Thorpe (Greens), Peter Khalil and Anne Aly (both Labor).

“As a major public institution, the club’s response to this report sets a dangerous example of how victims of racism should be treated in all facets of public life,” the open letter to Collingwood reads.

“Since both Collingwood and the AFL have demonstrated that they are not capable of responding to this report and its findings in an appropriate way, we as a community have no choice but to act. We say enough.

“We believe that there are administrators, staff, fans and members of the Collingwood Football Club who truly wish to see it transcend its history.

“We believe Eddie McGuire has proven himself incapable of leading the Collingwood Football Club through any meaningful transformation. We call on him to step down immediately.”

Lidia Thorpe hinted at her feelings about the media personality last week, tweeting “Change needs to come from within”.

Ms Thorpe explained her stance to SEN and again called for a resignation.

“We cannot have people in leadership positions running any kind of organisation, let alone a football club such as Collingwood,” she said.

“The first action (McGuire) should be taking is to step down and allow the club to address this problem.”

“McGuire has clearly failed to get it over many, many years and, as a Collingwood supporter, I want to see new leadership,” Mr Khalil told ABC Melbourne.

“What he says and what he does becomes the story, rather than the focus being on the best interests of the club.

“He has to make a very hard decision about the best interest of his club, which he loves.”

But McGuire retains the key support of Victorian premier Daniel Andrews, who admits it will take time to fix the issues at Collingwood.

“You don’t run from problems, you work your guts out to try and fix them,” Mr Andrews said on Tuesday.

“The Eddie McGuire that I know is equal to that task and I can tell you, in my discussions with him, he is very committed to doing that work.”

Former Collingwood defender Heritier Lumumba first raised the alarm on concerns of racism at the Magpies in 2013.

Lumumba last week slammed the AFL and Collingwood’s response to the Do Better report as “shameful”.

In a series of tweets, he accused the organisations of using Magpies board member Jodie Sizer and the AFL’s inclusion and social policy manager Tanya Hosch as a “front” to weather the media storm.

“It’s shameful that both Collingwood and the AFL have forced two Black women – Jodi (sic) Sizer and Tanya Hosch respectively – to front the media for the past week, instead of Eddie McGuire and Gillon McLachlan,” Lumumba wrote.

The 223-game AFL player chose not to participate in the review but his claims were the catalyst for the investigation.