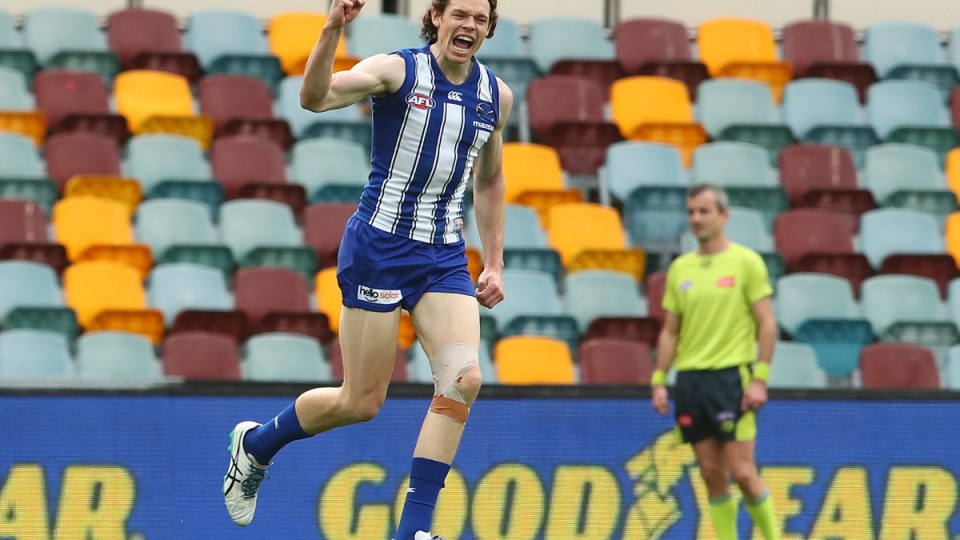 Melbourne have made the first big move on the final day of the AFL trade period, snaring North Melbourne goalkicker Ben Brown in a cut-price deal.

The Kangaroos and Demons agreed on a deal that sent Brown, pick 28 and the Kangaroos’ fourth-round draft pick to the Demons in exchange for picks 26 and 33 and a future fourth-rounder (tied to Brisbane).

Brown, 27, booted 287 goals in 130 games at North Melbourne but form and injury limited him to eight goals in just nine appearances this year.

Clubs weren’t able to lodge deals until 3pm on Thursday and the Demons started proceedings by securing Sydney’s pick 25 in exchange for picks 31 and 45 – selections the Swans will use for points to match bids on their academy prospects.

After the Brown trade, St Kilda sealed a deal for contracted Richmond youngster Jack Higgins, swapping pick 17 and a future second-round pick to the Tigers for the forward, pick 21 and a future fourth-round pick.

A plethora of big deals need to be sealed before the 7.30pm deadline.

Jeremy Cameron’s trade from Greater Western Sydney to Geelong is yet to be confirmed while Collingwood’s Adam Treloar and Jaidyn Stephenson are also among those awaiting clarity on their respective futures.

Essendon will be up to their eyeballs in discussions in the trade period’s final hours as they target trades for contracted Western Bulldogs gun Josh Dunkley and GWS youngster Jye Caldwell.

With the Bombers are attempting to manoeuvre through their two bigger deals, Port Adelaide expect any deal for wantaway Bombers forward Orazio Fantasia to come late in the day.

The Bombers have previously knocked back the Power’s pick 29 for the contracted Orazio.

“Where Essendon end up today has probably got a decent bit to do with what other business Essendon can get done,” Port football boss Chris Davies told SEN SA Breakfast.

“Because I’m sure they’re prioritising right now what they need to get into the club rather than necessarily what they want to get out.

“But at the same time, we’ll put our best foot forward and hopefully by the end of tonight Orazio’s part of our club.”