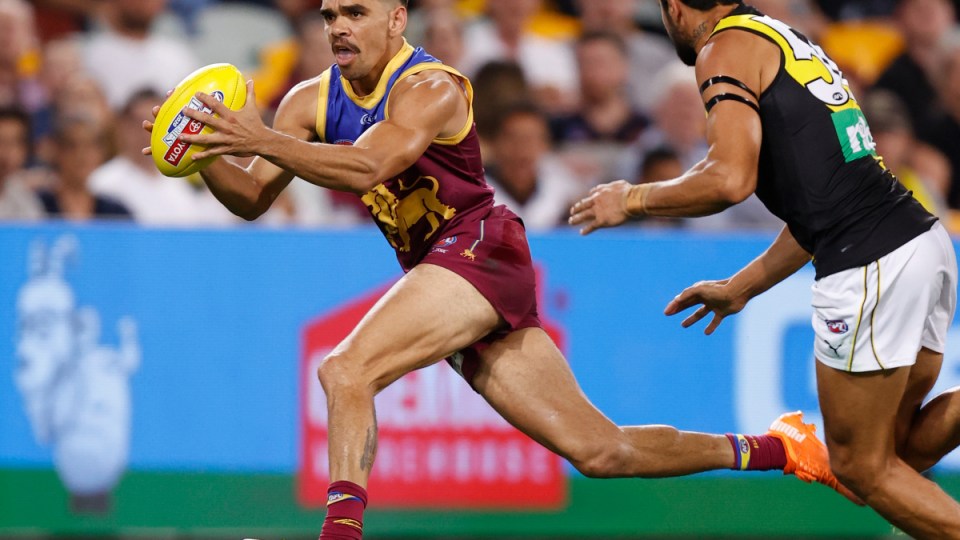 The Lions wrested control of the contest midway through the second term at the Gabba on Friday night and resisted their opponents’ challenge in a tense finish.

The coach praised his players’ mental strength and composure under pressure.

“It will give our group a lot of confidence to win our first final,” Fagan said.

“They’ve been working hard towards it over a number of years now and a lot of the learnings we’ve gone through over the last three or four years came to fruition tonight.

“When you play in these big games you’ve got to win them several times, you don’t just win them once.

“I’m just really proud of what they did.”

The Lions’ goal-kicking accuracy has been under the microscope after a string of high-profile failures over the last two seasons, including horror shows against Richmond in their last two meetings.

This time, early majors appeared to settle the nerves.

Daniel Rich launched a long-bomb to open the scoring, while Oscar McInerney and Daniel McStay converted set shots before quarter-time.

The Lions produced a huge momentum swing late in the second term to grab control at the Gabba and held on for a tense 10.9 (69) to 8.6 (54) victory, which secured a home preliminary final.

Richmond’s flag defence now hangs by a thread as they await a cut-throat semi-final meeting with the winner of Saturday’s elimination final between St Kilda and the Western Bulldogs.

Cameron sparked Brisbane in their first finals triumph since 2009.

The lightning small forward’s second major was sandwiched between goals by Cam Rayner and Lachie Neale in a second-quarter blitz that turned the match on its head before half-time.

“No doubt it was good to kick a few straight early,” Fagan said.

“The Rich one was a beauty.

“We always work hard on our goalkicking.

“We’ve taken the criticism on board and the last four or five weeks all the hard work is starting to pay off.”

Neale failed to have a disposal in the first quarter but worked his way into the contest and kicked a team-lifting goal just before half-time.

“He sensed the moment,” Fagan said.

“That’s one thing that we learnt from finals last year was that finals are full of moments and you’ve just got to get as many right as you can.

“Tonight by and large we did a pretty good job.”