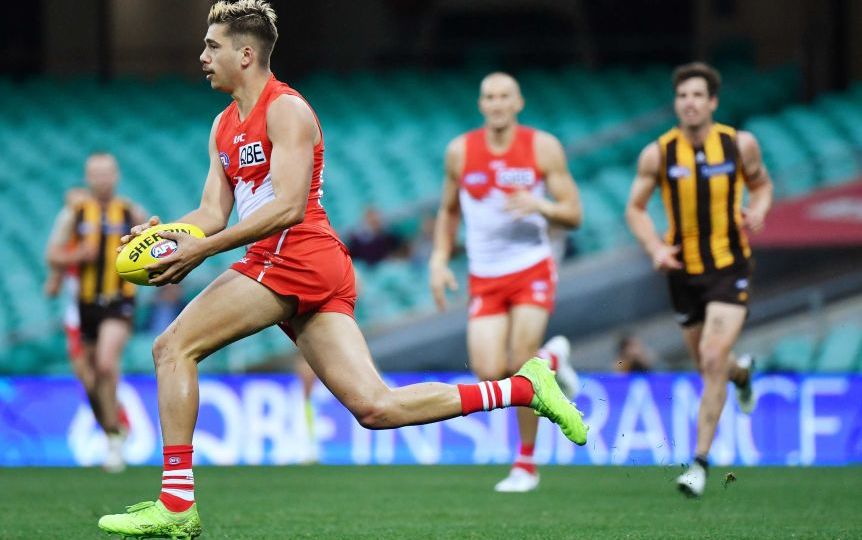 Elijah Taylor was stood down from duties by the Swans after he was charged. Photo: AAP

Sydney Swans AFL player Elijah Taylor has pleaded guilty in a Perth court to the aggravated assault of his ex-girlfriend.

He pleaded guilty to the charge and will be sentenced on December 2.

His lawyer Seamus Rafferty indicated a pre-sentence report will be filed ahead of the hearing.

Taylor, whose bail was extended, declined to comment outside court.

Sydney stood down Taylor from all duties after he was charged last month.

He had already been suspended by the Swans for breaching the AFL’s hotel quarantine protocols but remained in Perth while the club moved to a Queensland hub.

He has since been staying in the WA capital with family members.

Taylor made his AFL debut this season and has played four senior matches.

“As a result of the serious nature of these charges, coupled with Elijah’s failure to abide by club directives on a number of occasions this year, we have made the decision to stand him down from all club commitments immediately,” Harley said in a statement.

“We believe this is the most appropriate course of action giving respect to all involved and in light of the impending court proceedings.”

“Violence against women in any form is abhorrent and we strongly condemn it,” McLachlan said in a statement.

“Our view is clear and unequivocal. Violence against women is never OK in any circumstance, ever.

“Our absolute commitment is to respect women and to never accept or condone in any way, shape or form violence against women.”