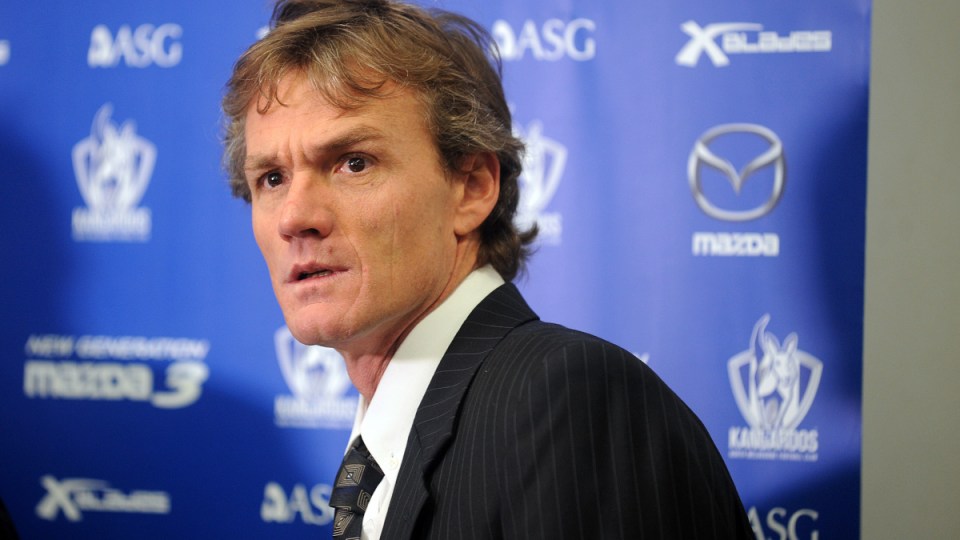 Laidley has been released on bail to attend an inpatient rehab facility after he was accused of stalking a woman. Photo: AAP

Victoria Police officers have been accused of secretly taking photos of ex-AFL coach and premiership player Dean Laidley while he was being questioned by authorities.

In a statement on Monday morning, Victoria Police said it was taking the allegations “extremely seriously”.

“Victoria Police understands the community concern surrounding images that were released of a person inside a police station over the weekend,” it said.

“The community can be assured that we share these concerns and are taking the matter extremely seriously.

“This is one of the most significant breaches of a person’s privacy and Victoria Police will not tolerate this sort of behaviour.”

The force said Professional Standards Command had begun a thorough investigation and would look into “all aspects of the matter”.

The former North Melbourne coach was arrested on Saturday night and remanded in custody on stalking and other charges.

One of Laidley’s lawyers, Dee Giannopolous from Doogue and George, took to Twitter to express her outrage at photos of him hitting the media.

Photos have emerged that claim to show the 1996 Kangaroos premiership winner in a police interview room, wearing make-up and a blonde wig.

The man seemed visibly upset as he was being questioned by at least two officers, with media reports also suggesting he was wearing a dress.

The second photo is apparently Laidley’s mugshot, which was part of a Victoria Police computer file.

His lawyer Ms Giannopolous said a police officer must be to blame for the leaked photographs.

“Outraged that pictures of my client, taken by some police officer, on the sly, when in custody in interview have hit the media. Typical,” she wrote on Twitter.

Outraged that pictures of my client, taken by some police officer, on the sly , when in custody in interview have hit the media. Typical #grossbreachofprivacy

Another one of Laidley’s lawyers, Bill Doogue, described the alleged actions of a police officer as “sneaky” and “disgraceful”.

“Taking photos unlawfully and sharing them. And these were sneaky photos while in Police interview in Police Station by a Police Officer,” he wrote on Twitter.

“Police should investigate and those involved pull down immediately.”

Disgraceful. Taking photos unlawfully and sharing them. And these were sneaky photos while in Police interview in Police Station by a Police Officer. FFS. https://t.co/XL57NIjDrg

Victoria Police confirmed on Monday the matter had been referred to its Professional Standards Command, which was investigating the release of the images.

“Professional Standards Command have been notified of the matter and at this stage it would be inappropriate to comment further,” the force said.

“The transphobic overtones only serve to make the breach even more egregious,” Liberty Victoria tweeted.

“Not good enough @VictoriaPolice: we are watching,” the council wrote.

Police said Laidley would remain in custody until May 11.

The 53-year-old Moonee Ponds resident was arrested on Saturday night after an incident outside a home in St Kilda about 9pm, police said.

Laidley played 151 games for West Coast and North Melbourne, then coached the Kangaroos for six-and-a-half seasons before leaving in 2009.

He is head coach of Maribyrnong Park in the Essendon District Football League.