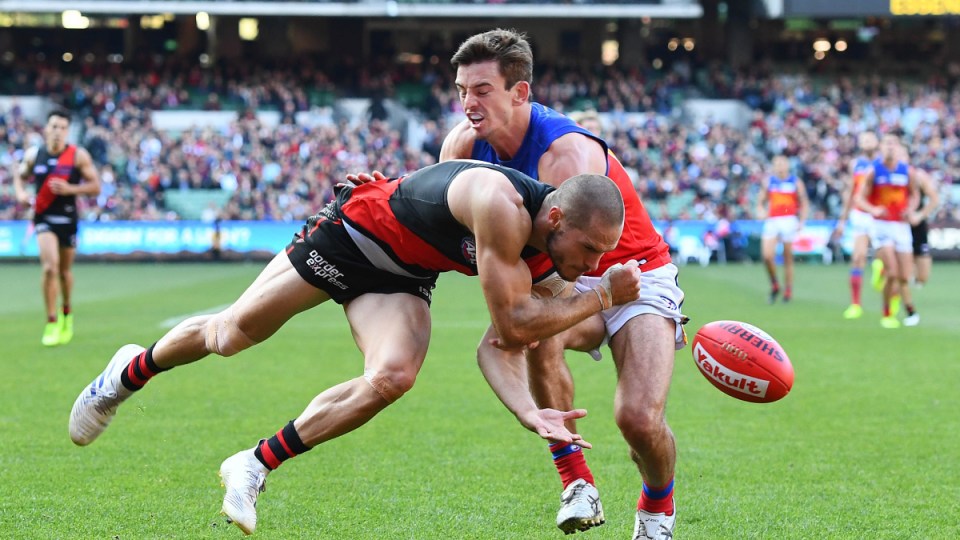 Essendon and Brisbane have attractive playing styles, which the AFL has rewarded. Photo: Getty

The AFL has sent a clear message to clubs with the 2020 season fixture: play attractive football and reap the benefits on the big stage in prime time.

Or don’t, and get punted to the backlots.

Richmond, Collingwood, the Western Bulldogs and Brisbane were among the big winners when the league released next year’s much-anticipated fixture on Thursday morning.

Clubs have long craved the exposure that comes with stand alone Thursday and Friday night games and those clubs will feature in the prime time spotlight next season.

The reigning premiers and the Pies lead the way with eight appearances each.

The much-improved Dogs scored five and the Lions earned four Thursday or Friday night games – up from just one for each club this year.

“I think our fans and broadcasters are more discerning around the style of football,” AFL general manager of broadcasting Travis Auld said.

“They’re not the only two examples, but you look at the Bulldogs and Brisbane – they play an exciting style of football … fans like that and we see that impact through (television) audiences.

“We’ve been really clear with clubs that you will see a correlation between the style of football you play and access to those big, prime time slots.”

We put the microscope on the Toyota AFL 2020 Premiership Season Fixture. Who do you play twice? What are the must-see clashes? What do you think? https://t.co/pvb3n7hr3L

An extra Thursday night match has been added taking the total number to nine, with five in a row to start the season, including the Richmond-Carlton season opener.

At the other end of the scale, St Kilda and North Melbourne each make one appearance on a Friday, with Fremantle and Gold Coast banished altogether.

“Gold Coast understand where they’re at, they’re in a phase where they need to improve and their time will come,” Auld explained.

“We probably could’ve found a Thursday or Friday night for Freo but their priority is about travel, days breaks and getting them home the night of away games.”

North’s only Friday appearance is the highly-sought Good Friday clash, with the Roos to play the Dogs, who will replace Essendon next year.

“We made it clear when we launched Good Friday that we’d trial it,” Auld said.

“We’ll continue to assess but North Melbourne have always been the anchor club.”

The Anzac Day showpiece will also have a different look in 2020.

The Magpies’ encounter with the Bombers at the MCG will get underway an hour later at 4.20PM AEST in what has been labelled a dry run for a potential twilight grand final in the future.

However, Auld said there was “nothing to report” on the afternoon start time of the grand final.

With Anzac Day falling on a Saturday next year, Hawthorn will host West Coast in Launceston, Sydney will travel to the Gabba to take on Brisbane and Port Adelaide will take on the Western Bulldogs at Adelaide Oval.

“We spent a lot of time talking to Collingwood, Essendon and the RSL to make sure we give the day the respect that it deserves,” Auld said.

“We decided that there would be just one game in Victoria and the second thing was to make sure that that game had clear air and the best way to do that was to push the game back.”

The floating round 23 fixture remains, ahead of a pre-finals bye.