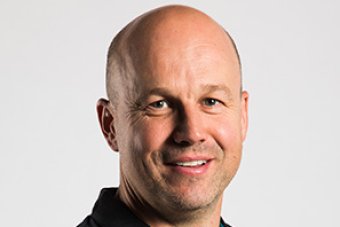 The former Sydney Swans player will replace Don Pyke, who stepped down from the role on September 12.

He played 175 games for the Swans after being recruited from West Adelaide Football Club.

Nicks’ selection was endorsed by the club’s board last night following a recommendation put forward by the coach recruitment panel.

The announcement was made on social media this morning, with the Crows sharing a video montage of the team’s coaches since joining the AFL in 1991.

In a statement released by the club, Nicks said he had long held aspirations of being a senior coach and to do so in his home state of South Australia was an added bonus.

“I am honoured to be given the opportunity to coach at Adelaide and even more excited about what we can achieve together as players, coaches and staff,” he said.

“Timing is everything and I feel very well prepared, having progressed from being a development coach to a senior assistant at two different clubs in vastly different markets.

“We will be a team that not only embraces the contest but seeks it out.

“A team-first mentality also sits at the core of all successful clubs and from this day forward it will always be a clear focus and priority.”

Don Pyke departed the club on September 12 with two years remaining on his contract, and said he felt he was not part of the solution to fix the Crows’ woes.

Appointed in 2016 in the aftermath of the tragic death of Phil Walsh, Pyke was charged with leading the club after winning 13 games and making a semi-final in 2015.

While the 2017 grand final appearance was the high point in Pyke’s tenure, the Crows failed to deal with the pressure placed on them, and were thumped by 48 points in the decider.

The Crows languished in 2018 to slip out of the finals and collapsed after the round 14 bye this year, losing seven of their last nine games to finish 11th.

The AFL confirmed yesterday that Crows star Eddie Betts would return to his former club, Carlton.

“Our club is embarking upon an exciting new era and Matthew is the perfect person to guide and develop our talented playing list as it goes through a period of rejuvenation,” he said.

Crows chief executive Andrew Fagan said Nicks had impressed during each stage of the recruitment process.

“Matthew is incredibly well-rounded and matched up extremely well against the attributes that we were targeting,” Fagan said.

“He is recognised for his ability to build strong and sustainable personal relationships, as well as being an excellent communicator and has significant finals experience as a player and coach.

“Importantly, he also possesses a sharp tactical nous and is clearly ready to coach his own team at the elite level.”

The Crows still need to appoint a new head of football and assistant coach after Brett Burton and Scott Camporeale were sacked last week.