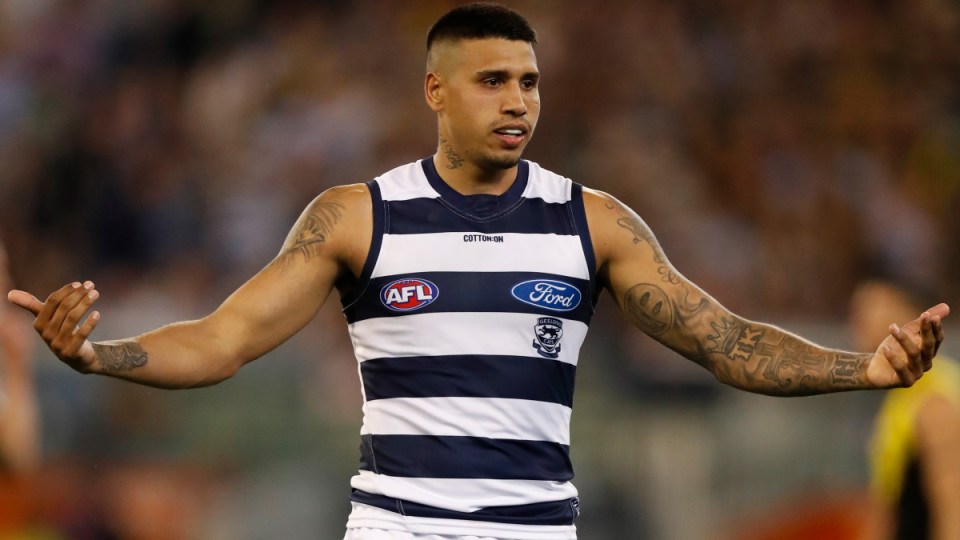 West Coast and Geelong have agreed terms on the trade of Tim Kelly, with the West Australian native achieving his wish to return to his home state for family reasons.

Kelly’s request for the move was expected to dominate the trade period, which opened on Tuesday and runs to October 16.

The Cats upped the stakes when trade talks officially opened on Monday, confirming they wanted more than two first-round draft picks for the All-Australian midfielder.

West Coast has pushed the deal through by agreeing to send two first-round picks and selection No.24, plus engage in a late swap of picks for the gun midfielder from Geelong.

The swap of draft picks between West Coast and Geelong could also result in the Cats then cutting a deal with St Kilda to secure midfielder Jack Steven, who wants the move.

Kelly was out of contract and had requested a trade to West Coast after two outstanding seasons at Geelong.

He and his partner Caitlin have three young children and two of them have autism.

They want to return to WA for more family support.

Also on Tuesday, Collingwood confirmed free agent Jamie Elliott had knocked back interest from Brisbane and Melbourne to sign a two-year deal with the Magpies.

There was also speculation that Essendon have made enquiries about Collingwood tall forward Mason Cox, but that trade looks unlikely to happen.

It is a massive trade period for the Bombers, with star key forward Joe Daniher requesting a move to Sydney.

Essendon are determined to keep him and have said Sydney must make an attractive offer to change their minds.

Bombers small forward Orazio Fantasia has engaged an Adelaide-based player manager, further fuelling talk that he will request a trade to Port Adelaide.