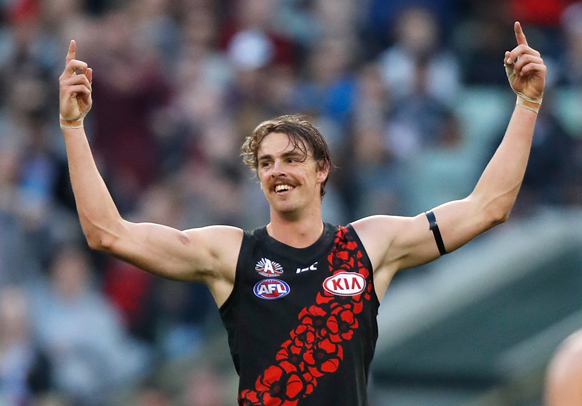 Essendon’s often-injured key forward Joe Daniher has requested an AFL trade to Sydney, but the Bombers have dug in.

The Bombers confirmed Daniher’s request on Saturday, saying he wants a move to Sydney for a change of lifestyle.

The 25-year-old is contracted until the end of 2020, but has suffered a series of  injuries that have impacted his ability to play in recent seasons.

The management of those injuries has sometimes been questioned, given Daniher’s recurring groin and leg problems.

At the start of this season he was sidelined with a calf injury, returning for seven games before missing the rest of the year.

Essendon’s list manager Adrian Dodoro said the 25-year-old had cited lifestyle and a preference to live in Sydney as the motivating factor.

“The Club acknowledges the reason behind this request from Joe, however he is a contracted player to the Essendon Football Club,” Dodoro said.

“He is a very highly regarded player at our Club, and we have advised Joe that ultimately we want him playing for the Bombers in 2020.

“We will remain in contact with Joe’s management over the course of the upcoming AFL Trade Period.”

The club says it will make no further comment, but the trade has been long suggested, with Essendon likely seeking two first round picks.

The Tigers lodged paperwork with the AFL accepting the AFL’s compensation for Ellis, 26, who said he was excited to make the move.

“I’m very excited to be on board. I’ve been impressed by the club and its people, there’s great facilities and really looking forward to the journey on the Coast,” Ellis said in a Suns statement.

“I’ve been really lucky to play in two flags in the last three years, so hopefully I can bring some of that knowledge up here and help out this group. There is so much talent and I think it could be exciting times ahead.”

The 26-year-old, 191cm midfielder arrives at the Lions after spending eight years at the Crows, where he played 39 games.