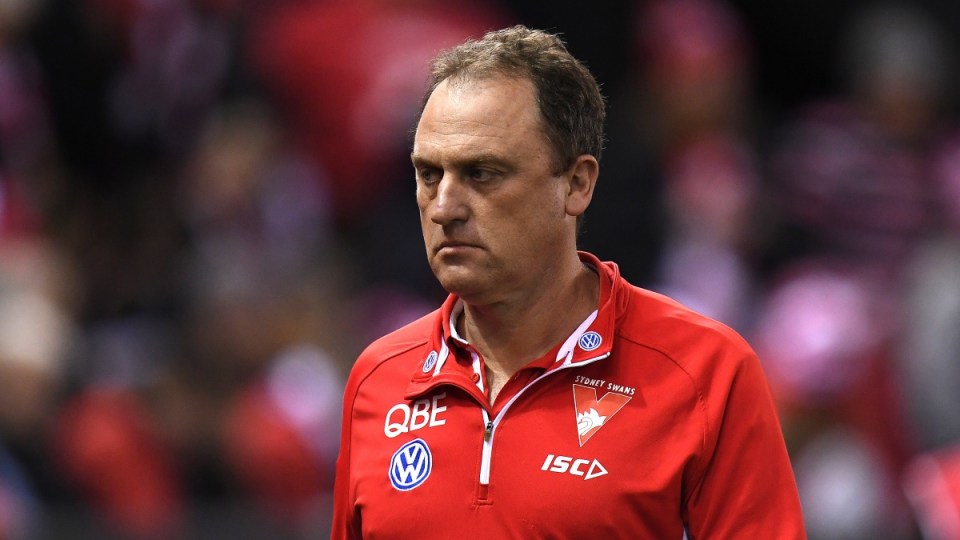 John Longmire in in uncharted territory as the Swans look to rebuild. Photo: AAP

During election campaigns it’s not unusual to receive robocalls from politicians, but the coach of your footy team? That’s different.

On Thursday night, Sydney Swans members received pre-recorded messages from the club’s head coach John Longmire. The Swans are last on the ladder with only one win from their first seven games.

In the 22-second recording, Longmire urged fans to rally behind his team for tonight’s game against Essendon at the SCG.

The ABC understands the telephone plea is a first for an AFL club.

“In my time coaching the Sydney Swans, we’ve faced plenty of challenges,” Longmire said in the recording.

“And when we’ve needed to the most, we’ve always lifted as a team and as a club and a big part of this has been because of our fans who get right behind us.

“This Friday night we are up against Essendon and we need your support, help us lift by adding your voice to the red-and-white army in the stands. See you at the SCG.”

Bottom of the ladder is uncharted territory for the club, which has never missed a finals series under Longmire.

At the weekend, he overtook club legend Paul Roos’ record of 202 games as coach.

A Swans spokeswoman said the club often sent pre-recorded messages to its members.

“It’s something the Swans have done before, where players send messages to fans, things like reminders to renew memberships,” she said.

“The aim of the call was to draw attendance to the game.

“It’s Friday night footy and there’s no NRL in Sydney this weekend – we wanted to get ticket sales up and capitalise on that.”

The club’s average home attendance is 29,685 this season.

The Swans are without star forward Lance Franklin against Essendon at the SCG on Friday night.