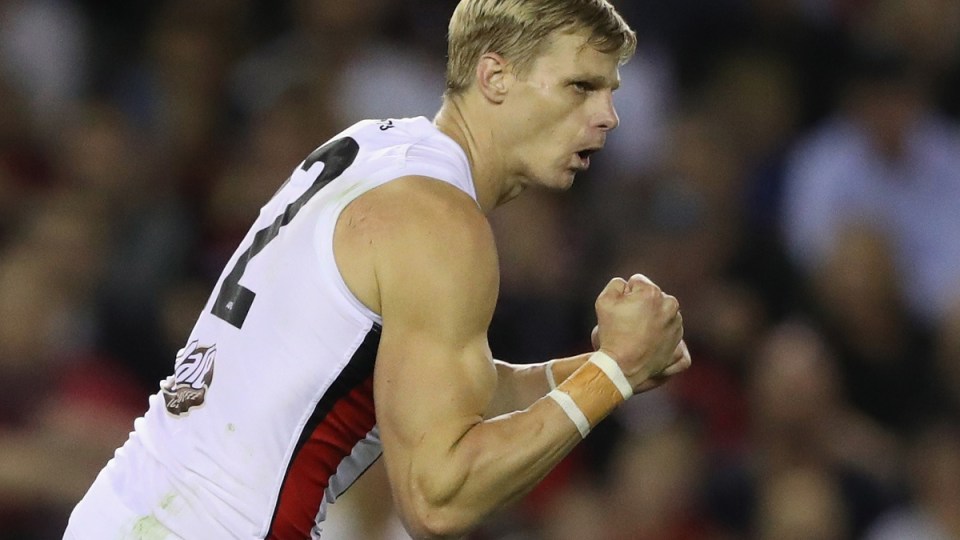 Former St.Kilda captain has called for the AFL's illicit drugs policy to be revamped. Photos; Getty

Riewoldt told radio station SEN that the policy – set up by the AFL Players Association in conjunction with the AFL – had failed to provide an effective deterrent to would-be drug users.

“The AFL, by their own admission on their own website … what the policy is designed to do is to identify players with substance abuse issues and place support around them to protect their health and wellbeing,” Riewoldt said.

“The vast majority of players don’t have substance abuse issues. They’re taking the piss because the system allows it.

“Hair testing in the off-season and during the season, that’s only to identify the numbers.
“There’s no recourse. There’s no ramifications. It’s a free-for-all.

The controversial policy is based on a harm minimisation, two strikes, model that protects the anonymity of those testing positive for a first strike while offering monitoring and clinical support.

The former Saints skipper believes there should be greater sanctions for those who record first strikes.

“What I would say, if they’re serious about getting the number closer to zero, remove the safety net,” he said.

“If players do have a legitimate substance abuse issue, then getting a suspension on their first detection is probably the least of their worries. They need to get their life together.

“Right now the only deterrent is the Shane Mumford situation, where you get caught doing it.”

“The illicit drugs policy is not in place to catch players taking drugs and then boot them from the game,” he wrote.

“It aims to identify players who are experiencing challenges with illicit drugs and connect them with medical professionals with a view to driving long-term behavioural change.”

Marsh was adamant that the confidentiality protocols that underpin the policy are non-negotiable.

“Let’s not forget this is a voluntary policy and one that very few other workers in our country agree to,” he said.

“Given the sensitivities and possible prejudices associated with releasing this type of information, it is entirely reasonable that players’ rights are protected.”

The AFLPA boss slammed reports that up to 16 players at one AFL club had used the policy’s mental health provisions to avoid recording a strike under the policy.

“Mental health is the biggest issue confronting our players and the link with illicit drugs is clear,” he said.

“We know from medical professionals that there are AFL players using illicit drugs to self-medicate mental illnesses.

“It disturbs me that some of our industry leaders are publicly questioning the legitimacy of players who have disclosed that they are being treated for mental health issues through this policy.”

Riewoldt’s intervention in the debate follows claims by former St Kilda coach Grant Thomas that a former player had told him drug use “was rife” at the club during his tenure, which ended after the Saints were knocked out of the 2006 finals race.

“There was absolutely no way that was going on,” Riewoldt said.

“The part of that diatribe that really caught my attention was the player had said to him [Thomas] that it was rife.”

“What he [Thomas] did say was that he [initially] thought it might have been one or two, and it would have been more than that.

“I can accept that. But what I do know is that, as far as my circle of friends in the footy club at the time, there’s absolutely no way that was going on.”