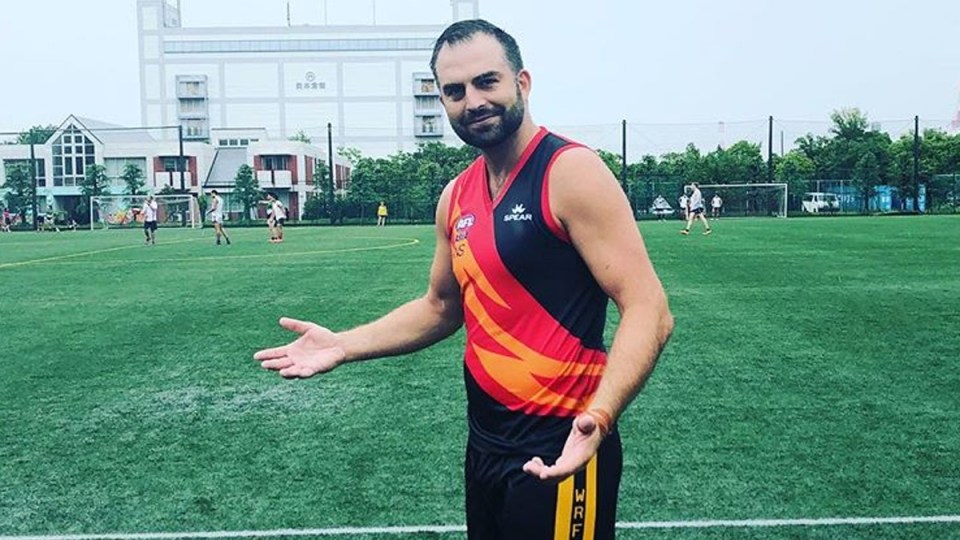 Lake was in Japan playing in an Australian Rules tournament. Photo: Instagram

Three-time premiership star Brian Lake has been arrested after a fight in an Osaka bar, News Corp has reported.

Lake – who played 251 matches for Hawthorn and the Western Bulldogs – was in Japan playing in an international Australian Rules tournament.

The 36-year-old is also a television regular, making appearances on Fox Footy and recently spent time in Fiji as part of Network Ten’s Australian Survivor series.

Lake was a major drawcard of the show, which is yet to air, before travelling to Bali and Japan once filming concluded.

He posted a photo on Instagram holding a trophy after his team, the Bali Geckos, won the Japanese event.

Not sure what’s happening but we won today! @baligeckos @aflasia #osaka2018

Reports on Monday afternoon (AEST) suggested Lake was then involved in an altercation and had been placed in a jail in Osaka as a result.

Lake could be held in a cell for an extended period because of how the Japanese criminal justice system works.

Wallabies great George Smith spent 20 days in a Tokyo cell earlier this year after a dispute with a taxi driver. Charges were later dropped.

The Department of Foreign Affairs and Trade said it was investigating the case of an Australian who “may require consular assistance” in Japan.

DFAT told The New Daily: “The Department of Foreign Affairs and Trade is making inquiries about an Australian in Japan who may require consular assistance and stands ready to provide assistance, in accordance with the Consular Services Charter, should it be requested.

Lake spent the majority of his career at the Bulldogs, before crossing to Hawthorn in late 2012.

He played three seasons with the Hawks, winning a premiership in each, with the defender famously winning the 2013 Norm Smith Medal.

Lake and his wife, Shannon, were locked up in 2013 and later fined for being drunk in a public place following a day at the Portsea Polo.