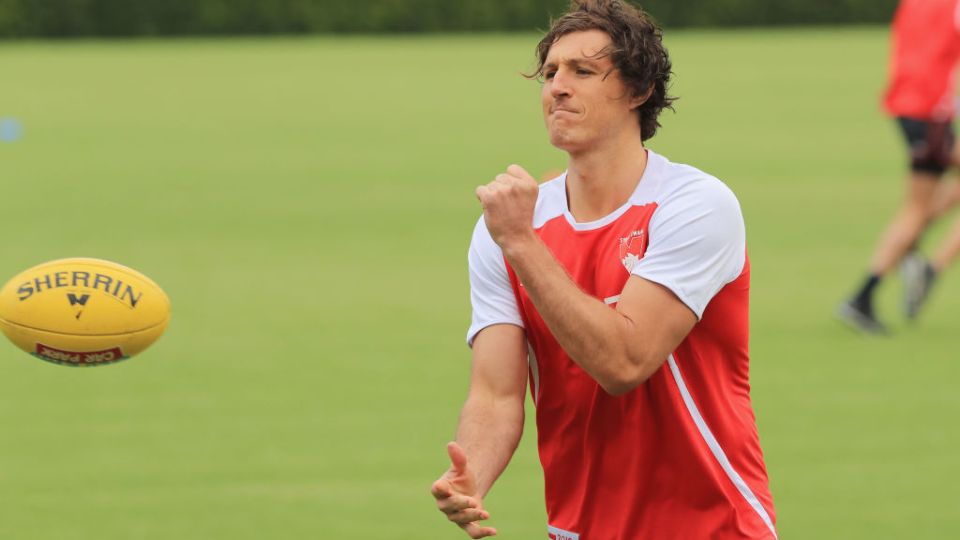 Kurt Tippett has retired after deciding his body was no longer capable of allowing him to perform at the highest level. Photo: Getty

Tippett has retired after battling persistent hamstring, hip and ankle injuries in the past two seasons.

The 30-year-old had an ankle reconstruction after last season.

“It’s really tough to leave a game and a club which I really love but the reality is that my body isn’t going to stand up to the rigours of professional football,” Tippett said in a statement on Monday.

“As I have found out in the past 18 months or so, it’s impossible to play at the level you want without being fully fit.”

In a video posted on the Swans’ website, Tippett said telling his teammates of his decision was “not an easy thing to do”.

“It’s one of the hardest things I have had to do in my football career, to be honest,” he said.

“It was a little bit of surprise there, it caught a few of them off-guard.”

Sydney coach John Longmire said Tippett had made a difficult decision to retire, despite being contracted until the end of the 2018 season.

“It takes courage to admit when your body isn’t up to playing at the level you want because players love nothing more than to be out there with their teammates competing each week,” Longmire said in a statement.

“Kurt has considered what is best for the club and his teammates when making this decision and he departs with our full support.”

"I have fond memories of my time in the game and I am so grateful to have spent a fair bit of that time here at the Sydney Swans."

Tippett joined Sydney for the 2013 season after a controversial move from Adelaide, where he made his AFL debut in 2008.

Tippett and the Crows were found by the AFL to have broken the competition’s salary cap rules when renegotiating an earlier contract with the ruck-forward.

Tippett was suspended by the AFL for the initial 11 games of his Swans career.

The Crows were fined $300,000 and banned from the initial two rounds of the 2013 national draft, while three Crows officials were suspended for various lengths of time.

“There has been a few ups and downs,” Tippett said on the club video.

“The Adelaide Football Club gave me an opportunity and a chance and I’m very grateful for that.”

Tippett was Sydney’s leading goal kicker in his first season and played 74 games in four seasons with the Swans.