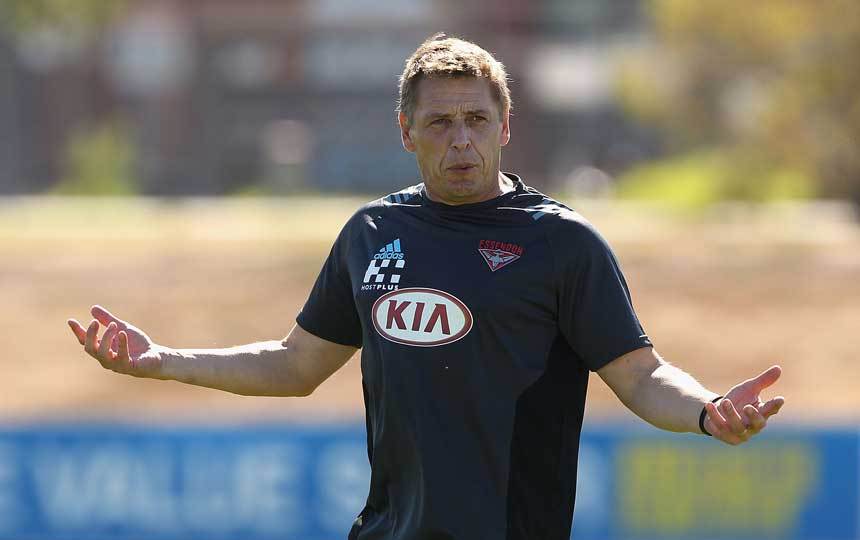 Mark Thompson when he was coaching Essendon. Photo: Getty

Footage provided to Seven News shows police storming through the door of the Rouse Street address on Friday morning.

On Monday, Victoria Police confirmed there were no arrests and investigations are ongoing.

Multiple media outlets say the property belongs to Thompson, 54, who boasts a lengthy AFL career including winning a premiership as a captain with Essendon and twice as a coach with Geelong.

A neighbour told the Herald Sun another man had been living at the property over the past few months and Thompson was seen only occasionally.

He said he had seen numerous visitors coming and going during the final two weeks of last year.

Another neighbour said all police “took out was a few evidence bags. They didn’t look big”.

Thompson denied his home had been raided when contacted by Fairfax Media.

Thompson is expected to be interviewed on Tuesday.