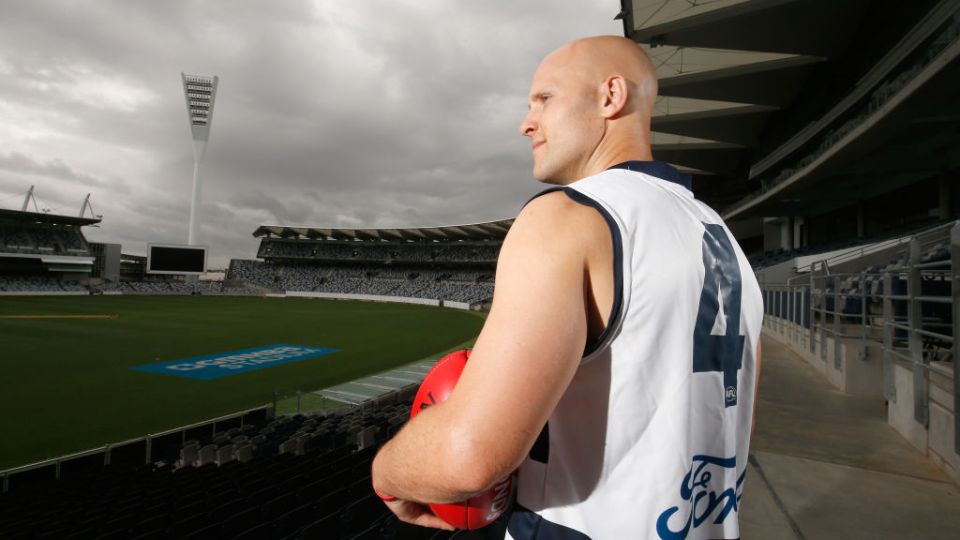 Geelong coach Chris Scott has poured cold water on the notion that ageing superstar Gary Ablett will be put out to pasture inside the Cats’ attacking 50.

Ablett copped a battering in his last few seasons at Gold Coast and didn’t manage more than 14 games in any of his last three campaigns with the Suns.

The shoulder issues that have plagued the 33-year-old led many to believe he would be largely spared the rigours of the midfield and used predominantly as a forward in his second coming at Geelong.

Not true, according to Scott.

“We brought Gary in to be a midfielder,” Scott told the AFL’s website.

“He didn’t come to us and say, ‘I think I’m almost cooked here, can you hide me in a forward pocket for a couple of years and I’ll snag you 30 goals a year’.

“He has an aspiration to help the team as much as possible and we all believe that’s in the midfield first.”

Scott said Ablett was no different to players like Patrick Dangerfield, Joel Selwood, Nakia Cockatoo and Mitch Duncan, who are all midfielders first and forwards second.

The two-time Brownlow Medal winner is training unhindered by any physical issues as he prepares to continue his decorated 302-game career with the Cats.

“We don’t have any intention of limiting him at this stage but we’d need to have a contingency there,” he said.

“He would be one of a group of players that if we saw some (concerning) signs we might be a little more proactive than we might with others.

“If he did miss any games (through resting), we wouldn’t expect he’d play as little as 14 games or anything like that.”

No forward thinking for Geelong with Gary Ablett