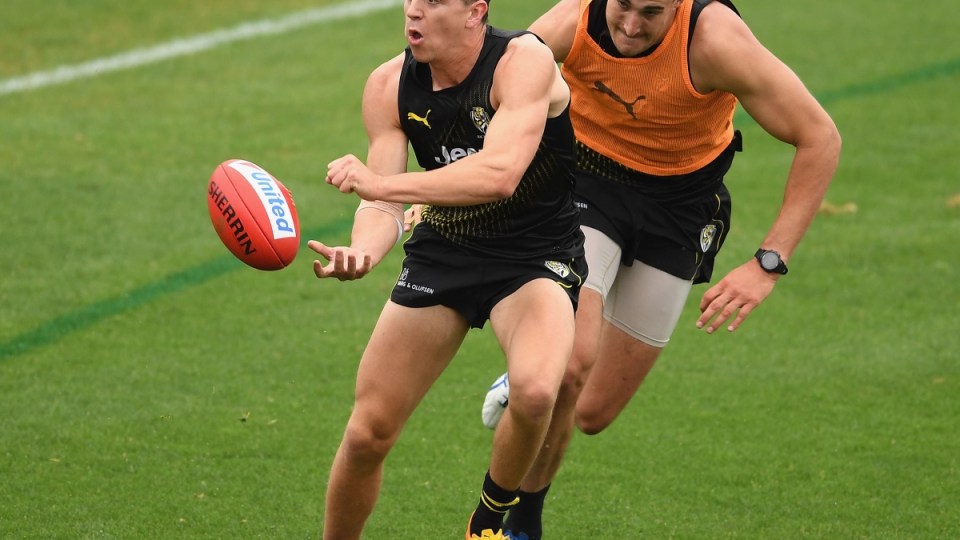 Jason Castagna will step up to help cover the loss of Daniel Rioli. Photo: Getty

Richmond small forward duo Jason Castagna and Dan Butler are ready to take on extra responsibility during Daniel Rioli’s absence due to injury.

Rioli broke his foot during the Tigers’ grand final triumph and will likely miss the start of the 2018 season after undergoing post-Christmas surgery to remove plates in his foot.

“It’s a bit disappointing and unfortunate for him, but he’s done what he can and looks like he’s put on a bit of size and muscle,” Castagna said.

“Me and Buts will try to step up a bit more … we’ve picked up a few small forwards as well so maybe one of them will step up too.”

Castagna, Butler and Rioli all enjoyed breakthrough seasons in 2017 and were key players in Damien Hardwick’s pressure-based forward line with Jack Riewoldt playing as the lone tall.

Both Castagna and Butler were rewarded with two-year contract extensions and are hopeful of increasing their influence inside attacking 50.

Castagna and Butler spoke to reporters at Punt Road Oval on Monday where they revealed they had switched from guernsey numbers 46 and 40 respectively to No.11 and No.7.

“It was a bit of a tough decision to pass on the No.40 because it was my premiership number,” Butler said.