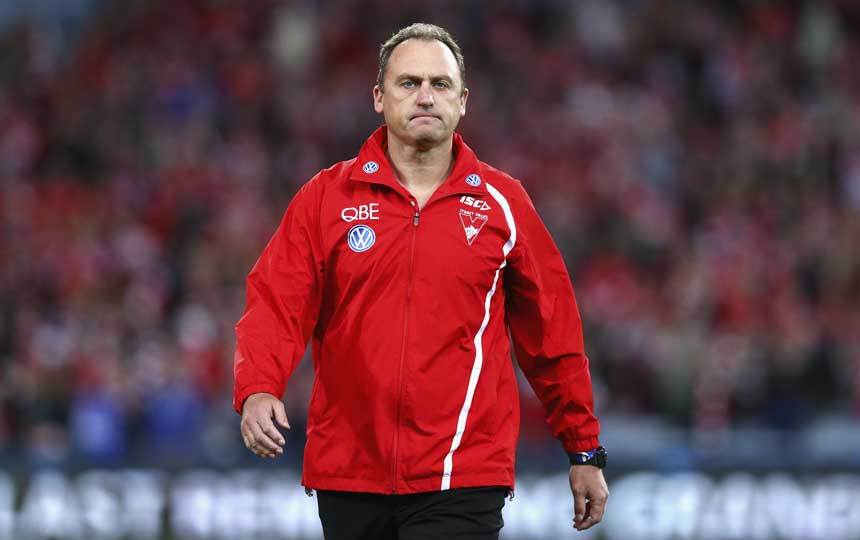 Melican, 21, displayed composure and assurance in his first season and became a permanent fixture in the Swans side after debuting in round five. He played 17 games before a quadriceps injury ended his run in the side just prior to the finals.

Aliir, aged 23, made his first 13 appearances in 2016, thrilling fans with his dash and athleticism before a knee injury ruled him out of the grand final.

A toe problem and form issues in 2017 restricted him to just three senior games early in the season.

“Melican, Aliir, these guys really need to take over that defence and help our experienced players and help lighten the load for them,” Longmire said on Monday.

Longmire was confident Aliir could recapture the form he showed in his first season. He said Aliir’s workload had been dropped back this week after he had trained for the last two.

“The aim is to progress him more again next week, so far he’s been in pretty good nic, but he’s not doing the whole program just yet,” Longmire said.

“We’re just making sure we build him up before Christmas, making sure we don’t overwork that toe that he had this time last year and make sure it’s nice and strong before he gets into the full program.

“We’re confident that he will be able to get himself.right. He showed the year before that he’s an important player to our team.”

Older Swans players started training on Monday. Grundy, star forward Lance Franklin and captain and midfield ace Josh Kennedy were among a core of veterans who weren’t as active as many of their younger teammates.

Longmire said the expected the majority of his most experienced players would be back in full training by mid to late January.

AFL: Youngsters earmarked by Sydney coach to take the load off senior backs